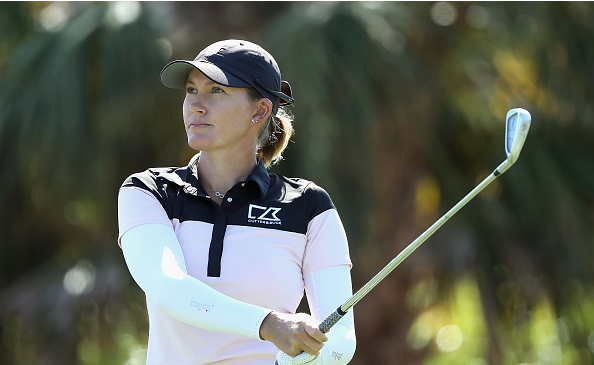 Sarah Jane Smith and Peiyun Chien posted matching 6-under 66s on Thursday and share the lead at the season-ending CME Group Tour Championship at Tiburon Golf Club in Naples, Fla. 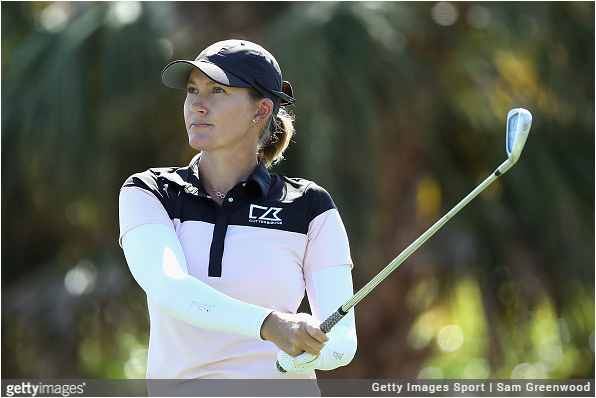 For the Australian Smith, it was the lowest first round of her career.

“It was a bit rough in the beginning,” said Smith, who started with five straight pars. “But holed some nice putts for par and sort of kept it going, and then made some good birdies coming in.”

Chien, a 27-year old rookie from Taiwan, finished with the second-lowest round of her LPGA career.

“Just need to more believe myself,” said Chien. “I changed a little with my backswing, so feel a little bit more solid.”

In a tournament where the best of the season’s best are battling for millions of dollars, and multiple awards, both Smith and Chien are in search of career win No. 1.

With her T3 spot, Park now holds the pole position in the season-long Race to CME Globe, while Lexi Thompson drops to No. 2 after a 1-under 71.

“Today is the second day I played the course. First day was for the pro-am. I think the course suits my game really well,” said Park, who has already wrapped up the Rookie of the Year award. “It feels good. There is a little bit of a bounce on the greens, but I think I can play well in the next rounds.”

Newly-minted World No. 1 Shanshan Feng finished with a 2-under 70 to remain locked in the 3rd spot.

Brooke Henderson matched Feng’s 70 to move up to No. 4, after So Yeon Ryu posted even-par 72 to drop from four to five.

“I leaderboard watch all the time if I’m in contention or not, so I was always looking at it throughout the day,” said Henderson. “It’s just the first round. There are three days left. If I can make a few more putts, few more birdies, I think good things will come my way.”

SHOT OF THE DAY: LYDIA KO

“Coming into the day I was playing aggressively, you know, hitting drivers and a lot of the 3-woods out there. I play this golf course pretty aggressively, so I didn’t have a different game plan. Yeah, getting the first round under my belt with a 1-under par, I’m definitely going to play aggressive going into tomorrow.”
–Lexi Thompson

Nelly Korda Continues to Lead Race to the CME Globe