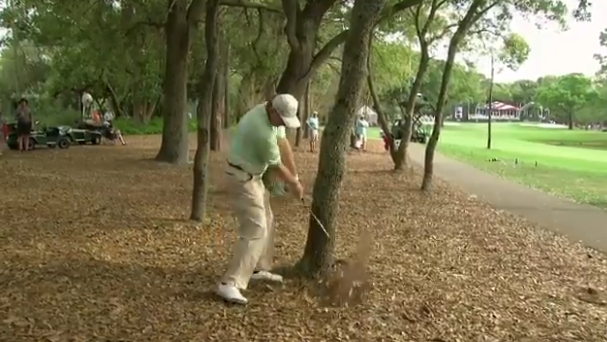 Ernie Els is a fan favorite for doing stuff like this, and this. So for Flashback Friday, let’s go back to the 2015 Valspar Championship, and watch the Big Easy starring in another one of his viral videos.

Peter Jacobsen’s analysis summed it up best, “Wow. That’s dangerous… And he hit a pretty good shot.” Yes it was. And yes he did.

Pro tip: Turn up the volume to hear the commentary and the “clang”.

You gotta love the fans shouting, “Good shot Ernie… Well worth it.”