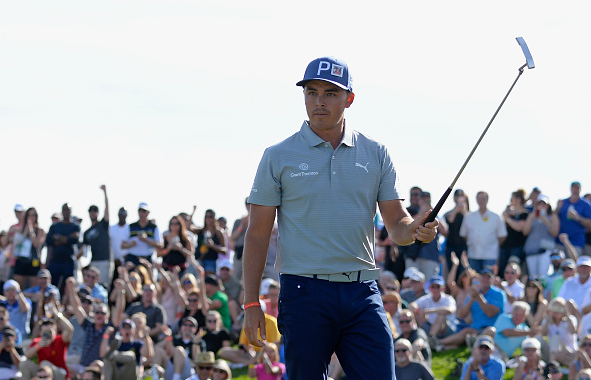 Rickie Fowler and Bryson DeChambeau posted matching 5-under 66s for the second-straight day and share the pole position after 36 holes at the Waste Management Phoenix Open. 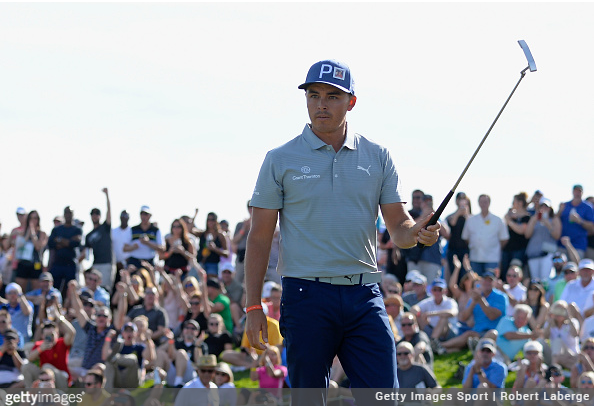 The 66 marked the 11th straight sub-70 round for Fowler, who finished Friday with seven birdies against two bogeys.

“I just feel like I’m comfortable on this golf course, I’ve had quite a few rounds here and there’s been a lot of good ones,” said Fowler.

“Feel like it was a solid day. Kept moving in the right direction. Nice to step up and make a good swing on 18, give ourselves a look at the last.

“We’re in a good spot going into the weekend and this is spot that we know we can play well in.”

DeChambeau, meanwhile, carried his bogey-free streak into Friday, and stayed clean through another 13 holes (31 in total) before three-putting the par-4 14th.

“I was playing really good golf and just had a little bit of timing issue on the putt and just pulled it a little bit and lipped out, unfortunately,” said DeChambeau, who finished with six birdies and one bogey.

“Then that kind of pushed me over to 15 where I didn’t focus as hard as I should have and kind of pulled it in the water, obviously. But I said, all right, I got to pick it up here and start executing some good shots coming in because I know there’s a couple birdie holes coming in.

“I was fortunate enough to get a couple on 17 and 18 there. Almost made it on 18, which would have been amazing. But still to make par on 15 was a big momentum builder for me.”

Chez Reavie, the only player this week to post back-to-back bogey-free rounds, carded a second-day 65 to sit T3 alongside Daniel Berger, who also finished with a clean 65.

“I’ve been playing really solid. I didn’t make a whole lot of putts in Hawaii and Palm Springs, but I’ve really been striking the ball well and fortunately I made a few this week,” said Reavie, who has missed six cuts in nine Scottsdale starts.

Reavie reached 65 with four birdies and an eagle, while Berger carded six birdies, highlighted by two-straight to start and one to close.

“I played well, got off to a good start, birdied 1 and 2, which was nice in the cold weather. Just kind of played well the rest of the day” said Berger.

Phil Mickelson sticks his tee shot pin high on No. 16, and drains a 12-footer for birdie.

Through two rounds of play.

“I’m happy with where we’re at and how we played. Haven’t exactly pieced two nines together yet and nice to have had a good back nine, which starting on there yesterday and then today getting off to a good start on the front nine. So I think that’s going to be big is playing the front nine well over the next two days, especially tomorrow getting ourselves in a good spot and being in that spot and going out and getting off to a good start on Sunday as well.”
– Rickie Fowler