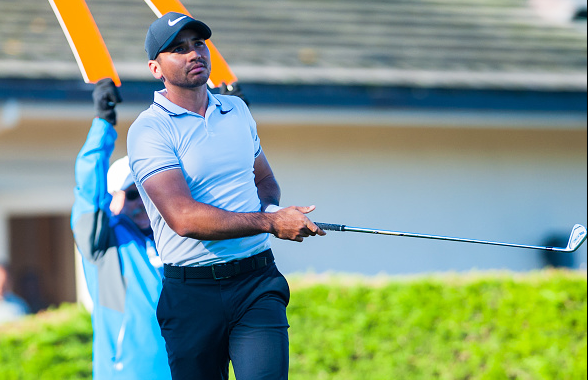 The player field for this week’s Genesis Open at The Riviera Country Club sets up for what should be a first-class finish to the PGA Tour’s West Coast Swing.

World No. 1 Jason Day will enter the Genesis Open for the first time since 2012. The Aussie headlines a field that includes 8 of the top 10 golfers in the Official World Golf Ranking who will tee it up at Riviera and try to dethrone long-hitting defending champion Bubba Watson, a two-time winner at Riviera.

“This year’s Genesis Open field will be among the best in all of golf.” tournament director Mike Antolini said. “We are proud to welcome the world’s best golfers to The Riviera Country Club and excited for all of our guests to experience the Genesis Open.”

Among the tournament’s sponsor exemptions are Belgian Thomas Pieters and American Sam Saunders, the grandson of the late Arnold Palmer, a three-time winner of the PGA TOUR event in Los Angeles in 1963, 1966 and 1967 and runner-up finisher in 1968.

“The Genesis Open is an event I have always wanted to play. It is an event that all of my peers rave about as one of the best of the year,” Saunders said. “The history that Riviera has speaks for itself, and I am excited to have an opportunity to be a part of that history. I hope to make my first start at the Genesis Open one to remember.”

Pieters has won three European Tour events in the past 18 months, placed fourth in the men’s golf competition at the 2016 Olympics, and led the 2016 European Ryder Cup team with a record of 4-1, setting the European record for Ryder Cup points as a rookie. In 2012, Pieters captured the NCAA Individual Championship at Riviera while playing for the University of Illinois.