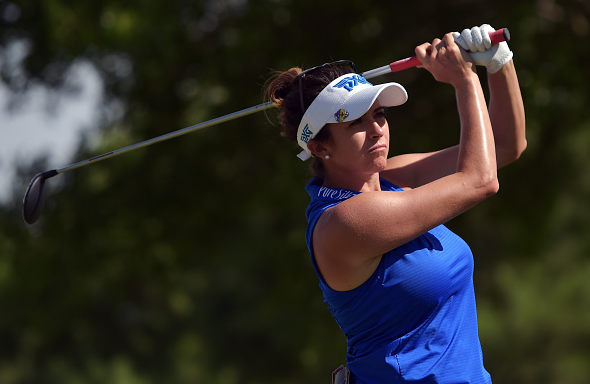 Gerina Piller fired an 8-under-par 63 at Highland Meadows Golf Club and leads the Marathon Classic after day one.

Piller’s round, her best of the season, included nine birdies against just a lone bogey.

“I birdied my first three holes and any time you can start off three in a row, it’s pretty good,” said Piller, who is seeking her first career victory. “I just kept hitting it close and had some close birdie putts here and there, and I did make a bogey, but I just told myself like I’m doing great things and just keep doing what I’m doing.”

One back of Piller, at 7-under 64, is Peiyun Chien and rookie Sung Hyun Park, last week’s winner of the U.S. Women’s Open.

The rookie Park, who hasn’t missed a cut in 2017, has five top-5 finishes on the season, including her major victory last week at Trump National.

“My feeling today was so awesome,” said Park. “It was a good start after the major championship winning, and first of all, I need to focus more on the Marathon Classic and want to keep my (major) happiness behind (me) from now on.

Kelly Shon, In-Kyung Kim, and Aditi Ashok round out the top 5 at 6-under.

World No. 3 Lexi Thompson finished with a 4-under 67. Defending champion Lydia Ko struggled to a 2-over 73.

"I just felt like everything was clicking. I made a long putt on 15 which kind of propelled me there." @Gerinapiller #MarathonClassic pic.twitter.com/tqTzYQtK96

“I just felt like everything was clicking. I made a long putt on 15 which kind of propelled me there.”
–Gerina Piller, First Round Leader, Marathon Classic