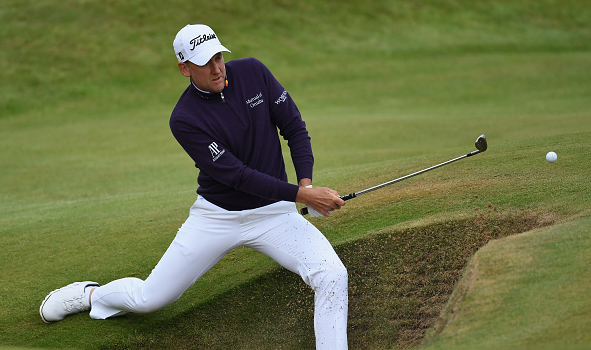 After the first round of the 2017 Open Championship, where a trio of American names sit at the top of the iconic yellow leaderboard, most of the top players marched into the press room at Royal Birkdale to answer questions from the media.

Here’s a round up of some of the best.

Beef is NOT Shaving His Beard

“I don’t want to get rid of it but I need a haircut really bad and I need to get my beard trimmed, but only a little bit.”
– Andrew ‘Beef’ Johnston, who shot a 1-under par 69

“JP, he reminded me who I was, basically. He said, “You’re Rory McIlroy, what are you doing?” (Laughter). I said, “Yeah.” At that point I mumbled and said, “Whatever.” But it did, it helped. It definitely helped. It kept me positive. So he did a great job.”
– Rory McIlroy (+1), on pep talk his caddy gave him

I Looked Good On TV

“Got to wear the right pants and right shoe combo with it. If you wear golf shoes with these pants, they don’t look that great. So they look all right with these shoes. I’m happy with them. They look good on TV.”
– Jason Day (-1), on his strange outfit

“The crowd were absolutely brilliant. They did their part, I just couldn’t quite do mine. It’s absolutely fantastic playing in front of that many people. It’s brilliant. It’s a great experience and I loved it.”
– Tommy Fleetwood, the Southport native, after a 6-over 76

“I didn’t come here to dress well, I came here to try to play some good golf. I don’t wear a tie very often but I wore one every day in high school!”
– Justin Thomas on his outfit, after shooting 3-under 67
Thomas

“We had fun, that’s all I’m saying guys!”
– Brooks Koepka, co-leader (-5), on his vacation after winning the US Open

“Friday is going to be brutal. And today was – it was good to post a red number, considering what we’ve got coming.”
– Ian Poulter, discussing the weather, after a 3-under 67

Spieth And His Lucky Gum

“I was offered some, I was one under through two and I thought I better keep it in. It’s still in there now. It’s probably about time for a new piece!”
– Jordan Spieth, co-leader (-5), on his gum-chewing