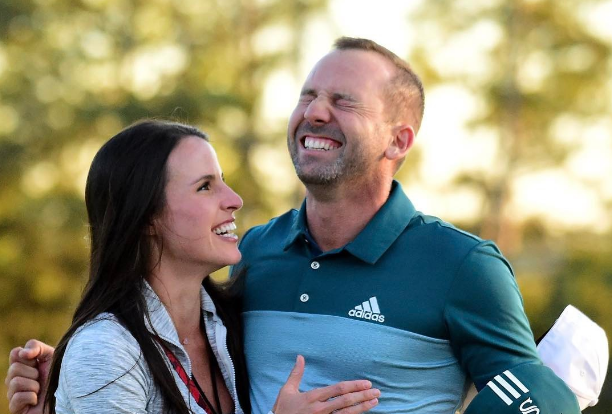 After years of coming up short in his previous 72 major championship starts, it seemed like the talented Sergio Garcia was destined to go down as one of the greatest players to never win a major.

But on a magical Sunday at iconic Augusta National, under bright sunny skies, the 37-year-old Spaniard finally came through, and walked off into the Georgia sunset as a champion whose legacy will live on forever – just like his boyhood idol, Seve Ballesteros.

While Justin Rose is a classy and well-respected champion (and easy to cheer for on any other Sunday), most of the golf world, and its millions of fans, were rooting for the popular star-struck Garcia. And so after his golf ball caught the right edge of the 18th hole’s cup and dropped, the reaction on social media was fast and furious.

Tweets and Instagram posts poured in from all over the world. Here’s a quick round up.

From The Man Himself

What an awesome new jacket, the members of Augusta National GC gave me tonight, don't you think?? pic.twitter.com/grvu8ZIhi6

From The Classy Runner-Up

Congrats @TheSergioGarcia
Incredible battle out there. Sport in the moment can be tough. But it's just sport. Hope you guys enjoyed it. pic.twitter.com/er7OzrdTgA

From The Game’s Living Legends

Congrats to @TheSergioGarcia! Amazing to watch! What are we eating next year on Tuesday night?? #Champion

Was a great week for me, I tried hard but came up a little short. Big congrats to @TheSergioGarcia, well played my friend

What a show that was! Congrats to @TheSergioGarcia

So happy for @TheSergioGarcia! He's been so close for so long. You know Seve is going crazy heaven! #welldonebuddy @TheAngelaAkins

Congrats to Sergio!! So happy for him. So deserving for an amazing career he's had.. Forever a major champion!

2 unbelievable players and 2 great friends, but I couldn't be happier for @TheSergioGarcia. You deserve it all amigo!!

Congrats @TheSergioGarcia!! Well deserved and great playing…soak it in my man!!

He did it! So happy for Sergio. Masters Champion #Vamos

.@TheMasters, they say it starts on the back 9 Sunday and boy it did. Birdies, Bogies, Eagles, Bushes, Drops, take a bow boys. #Respect pic.twitter.com/M6n51gfVHx

Great stuff by Sergio. Masters champ. I've never cheered so hard for the Oilers and Kings in my life. #doubletweet

1986 was my favourite Masters moment, now I have a new one thanks to @TheSergioGarcia &@JustinRose99
Gentlemen, you should both be so proud

@TheSergioGarcia you are my HERO bud…..

Sergio winning after being in a "grove of azaleas" on 13 is incredible. What a bounce back. So well deserved by that guy. Vamos, El Niño

From The Major Championships

Congratulations to @TheSergioGarcia, winner of #TheMasters. See you at Royal Birkdale in July for The 146th Open. pic.twitter.com/FrYJB9PA9H

Congratulations to @TheSergioGarcia on his first major victory at #TheMasters.