Boasting perhaps the most creative moniker on the PGA Tour, the “Devil’s Bathtub” was given long ago to the rock-lined pond that stands guard to Bay Hill’s hook-shaped 18th green. It rarely fails to deliver on drama – good and bad. 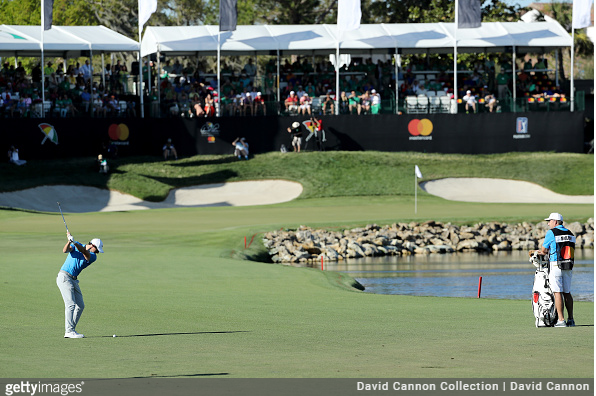 Tiger Woods secured three of his record-tying eight Bay Hill victories with birdies alongside the Bathtub – a 15-footer to beat Phil Mickelson in 2001, then almost identical putts in in 2008 (beating Bart Bryant) and ’09 (chasing down Sean O’Hair).

What usually doesn’t get shown are the mid-irons Woods struck to put himself in position for those birdies. Only 12 yards of putting surface are available as the green wraps around the back of the pond. The Sunday pin sits up front near the water, too.

Among the 18th’s Sunday victims over the years have been Vijay Singh (twice), Davis Love III (1989) and Kevin Chappell (2016). And Greg Norman, though his 1990 misfortune was not of his doing – Robert Gamez holed a miraculous 7-iron for the winning eagle.