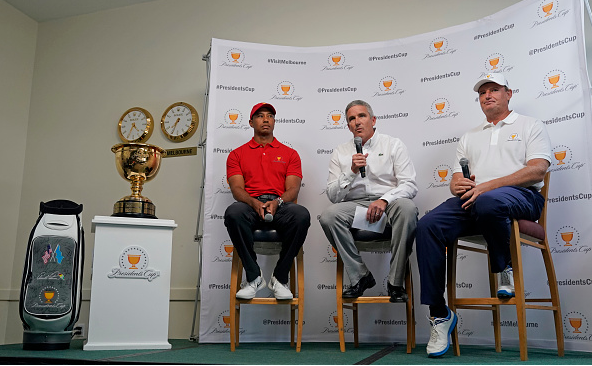 On Tuesday at the Bay Hill Club, in advance of the Arnold Palmer Invitational, Tiger Woods and Ernie Els were introduced as Presidents Cup captains for the 2019 matches in Melbourne, Australia. 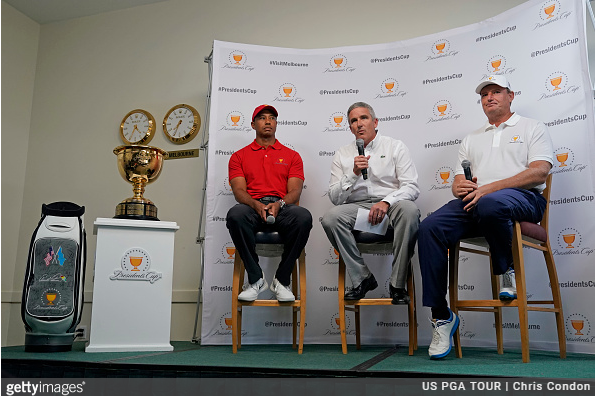 “Ernie Els and Tiger Woods have each been part of the fabric of the Presidents Cup as competitors and as ambassadors to the event,” said PGA Tour Commissioner Jay Monahan.

“Ernie carries the flag for international golf as a legendary figure both on and off the golf course, while Tiger has been one of the most transcendent athletes the sport has ever seen.

“These two have served, and will continue to serve, as a bridge between past team members and captains who laid the foundation for the Presidents Cup and the stars of today who are embracing the hallmarks of the event – golf on a global stage, a love and passion for the game and the impact the Presidents Cup has in emerging markets and through charity.”

Woods was an assistant to Steve Stricker in the Presidents Cup last year, while Els was part of Nick Price’s braintrust. 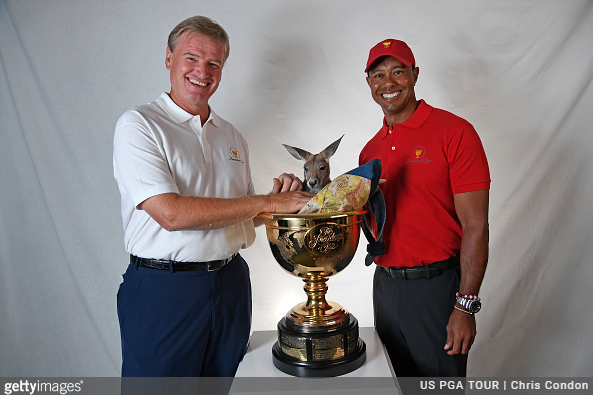 The Presidents Cup is a takeoff on the Ryder Cup, giving international players from outside Europe a chance to compete in a team event. The last (and only) International team win came in 1998 at Royal Melbourne.

The 2019 matches will be Dec. 12-15 at Royal Melbourne, the latest date the Presidents Cup has been contested.