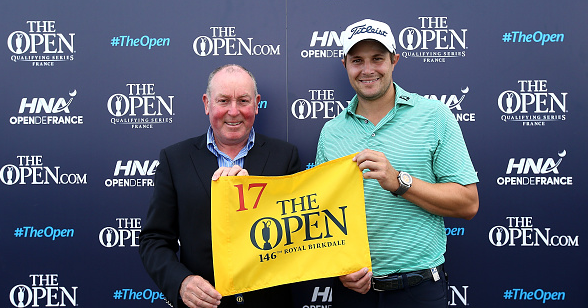 Peter Uihlein was no doubt disappointed to fall a single stroke short at the HNA Open de France over the weekend, which would have been his first career European Tour victory since 2013, but he did not leave France empty handed.

As a runner-up finisher, the former U.S. Amateur champion received a spot in the field at this month’s Open Championship at Royal Birkdale.

Uihlein was among three who was added to the field, as the tournament awarded three spots to players inside the top 10 who were not already exempt.

Along with Uihlein, Sweden’s Alexander Bjork, who finished T3 after holding the 54-hole co-lead, and France’s Mike Lorenzo-Vera, who was also tied for third place in his home country, five strokes behind winner Tommy Fleetwood.

“It’s what you practice for and it’s what you play for is to get in contention on Sunday in the final group and see how it goes. I was proud of the way I handled myself on the back nine. I felt like I hit it a lot better after a shaky start. I’m excited for tomorrow.”
–Peter Uihlein, after capturing the 54-hole lead at the French Open.