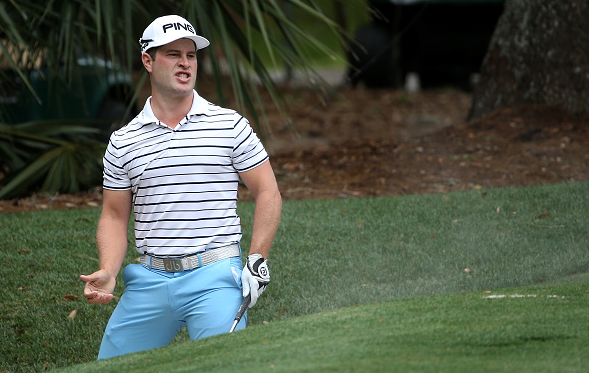 Amateur golfers, who occasionally get frustrated with how difficult the game can be, would certainly be able to relate to David Lingmerth following his final-round struggles at the Arnold Palmer Invitational.

At even-par through three rounds, and inside the top-50, Lingmerth wasn’t in contention – but a solid final round at Bay Hill would have led to a nice finish and an even nicer paycheck.

His final day, however, was an absolute nightmare – as the Arkansas alum hacked his way to a 16-over 88, one of the worst rounds we’ve seen on Tour in recent memory.

The 29-year-old’s final 18 holes included five bogeys, three double-bogeys, one triple-bogey, and one-quadruple bogey (which occurred on a par-5 to make it even more painful).

Here’s a look at the colorful scorecard of Lingmerth. 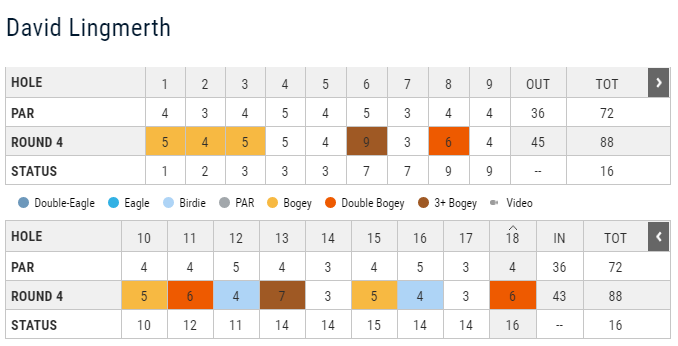 Ironically, Lingmerth is the 88th ranked golfer in the world.