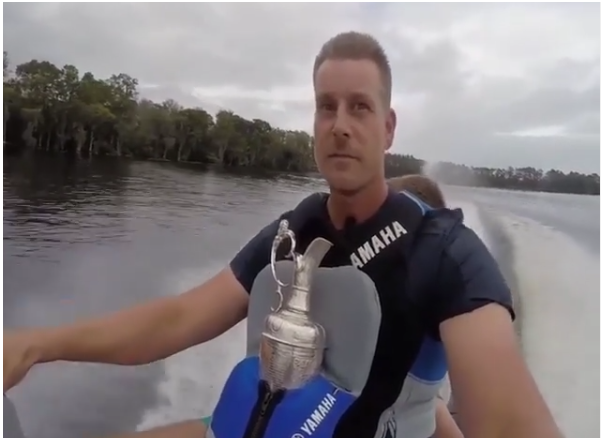 Henrik Stenson won The Open Championship in epic fashion this past summer at Royal Troon. His duel with Phil Mickelson on Sunday will go down as one of the best showdowns in major championship history.

And it appears Stenson is still relishing his first major win, as the world number 4 recently took the Claret Jug for a spin on his jet ski in Florida.

This might be a first…Henrik Stenson took the Claret Jug jet skiing in Florida. video via @cnn #theopen #claretjug #henrikstenson

Stenson will be teeing it up in the Bahamas this week at the World Hero Challenge. No word if he brought along the jug for another spin on the jet skis.

Watch Jacques Kruyswijk Walk After His Shot “Like Stenson on Steroids”