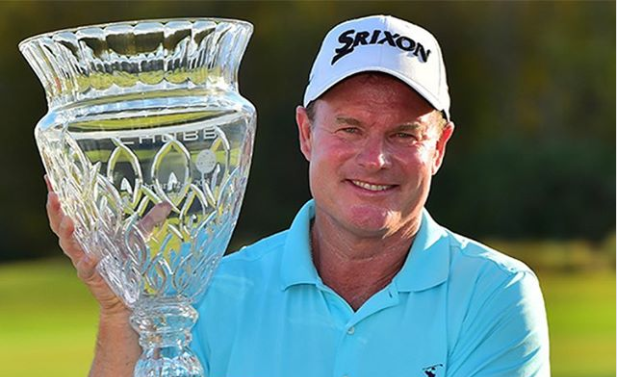 Joe Durant fired a 5-under 67 at The TwinEagles Club on Sunday to capture his third Champions Tour title at the Chubb Classic. 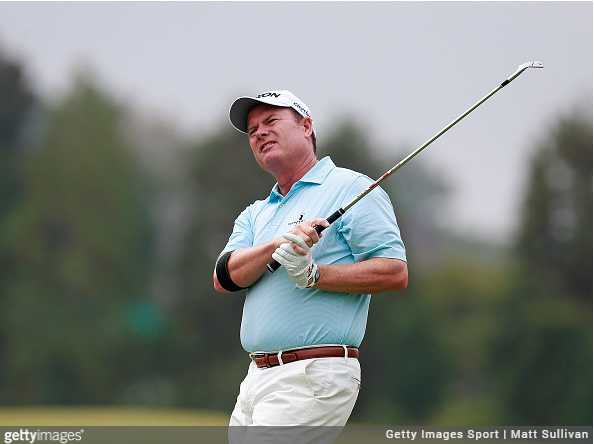 Durant, the overnight leader at 14 under, converted a one-shot lead into a four-stroke victory with an eagle and three birdies over his final six holes.

“I missed a couple of short putts early, but made a good birdie on 8 and birdied 9 and that kind of steadied me a bit. It was a roller coaster for sure,” said Durant.

“When it gets bunched like it was, anything can happen and I just kept telling myself if I could just hang in there, give myself a shoot at it with three or four holes to go, you never know what’s going to happen and fortunately I hit some really good shots down the stretch, other than 16, which is probably the worst shot I hit all week.

The 53-year old Floridan finished his three rounds in Naples at 19-under par, four clear of the field.

“Joe hit it great — never was really in any trouble all day today and, you know, gave himself a lot of opportunities,” said Stricker, who was paired with Durant in the final round.

“Like I said, he didn’t make many on the front, but then he started hitting some really nice putts on the backside, and I think he shot 4-under on the back so he deserves to win.”

First-round leader Miguel Angel Jimenez struggled to an even-par 72 to finish solo-ninth at 12 under.

The victory was worth $240,000, and moved Durant to No. 3 in the Charles Schwab Cup standings.

“The stick-to-itiveness, and the intestinal fortitude. Like I said, I was nervous starting out, and I missed short putts early, but I kept grinding, kept telling myself that if I could just steady myself, hit some quality shots, the putts would start to go, and that’s what I kept doing and fortunately I did that, and then I made a few on the back that really helped me, made eagle on 13, which turned the corner a little bit.”
– Joe Durant