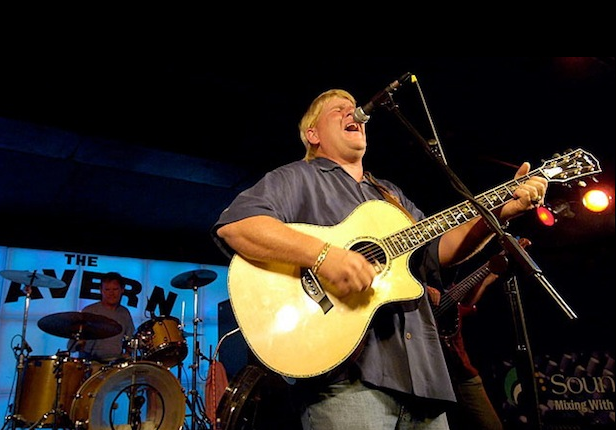 John Daly is in Charlotte this week, at least until Friday, for the 2017 PGA Championship at Quail Hollow Club.

The 51-year old long bomber, who shook the golf world some (hard to believe) 26 years ago with a victory at 1991 PGA major at Crooked Stick, joined country singer Darius Rucker on stage at a tournament party.

The duo performed Bob Dylan’s “Knocking on Heaven’s Door,” with Daly ad libbing with a few golf-related verses, which went something like… “Mama I can’t hit my wedge no more. It’s getting really hard to score. Mama I haven’t made a cut in weeks…”