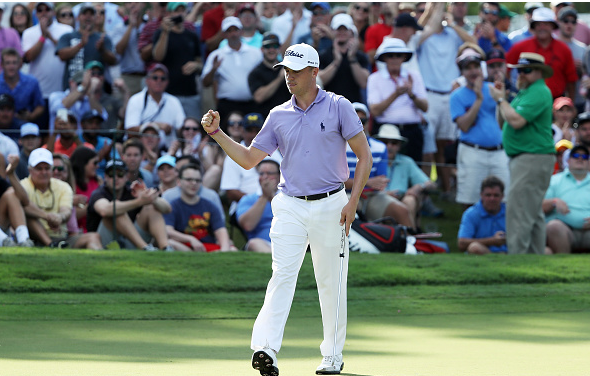 ATLANTA – For the first time since 2009, the guy that won the Tour Championship didn’t also take home the FedExCup. Nor did the guy who came to East Lake atop the points list (again).

Instead, the big prize went to Justin Thomas – which, let’s be honest, is as it should be. 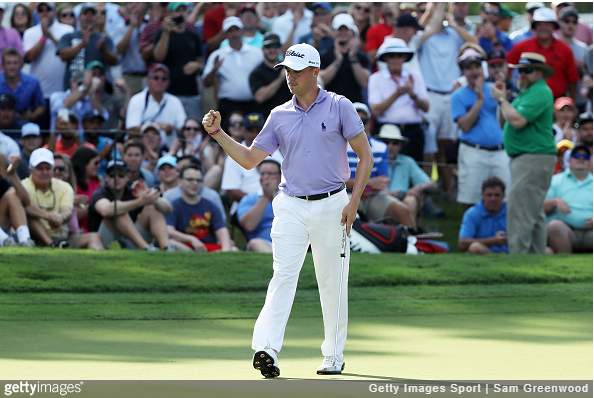 No one else stacked up five PGA Tour victories this season. One was a major, another a FedExCup playoff event. Thomas became the youngest player to shoot 59 when he did it at the Sony Open. He finished that January week by rewriting the tour’s scoring record, too.

The only reason Thomas didn’t arrive atop the points list was more consistent excellence by Jordan Spieth, whose three wins were augmented by five other top-three finishes – two in the playoffs. And that’s OK – wasn’t that the genesis behind creating a season points race?

Even Spieth, though, was quick to say the year really belonged to the guy he’s known since they were roving around junior tournaments together a decade ago.

“JT obviously is very well deserved to win the FedExCup this year,” said Spieth. “The progression that he has made this year into becoming such a tremendous closer has been phenomenal to watch.”

Thomas nearly picked up win No.6 Sunday, putting the heat on Xander Schauffele with birdies at Nos. 16 and 17. The second pulled him into a share of the lead with East Lake’s closing par-5 remaining.

But Thomas watched his second shot run out of fairway, dropping into rough just short of a fairway bunker. A third sent a buzz through the gallery when it beelined toward the flagstick, but missed just inches left. At the speed it carried, it probably would have caromed off anyway. 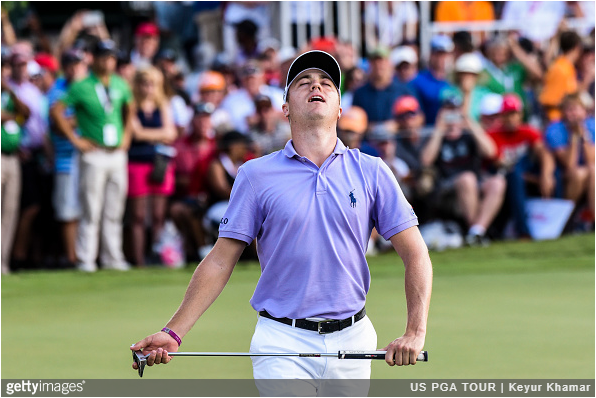 That left Thomas with a 23-foot birdie attempt, which ran past on the high side. And he was genuinely unhappy about it, muttering to himself as he walked around to tap in his par.

“I’m still mad my putt didn’t go in on 18,” the Kentucky native said even as he met with reporters some 90 minutes later. “I hit a great putt. But (the FedExCup is) starting to settle in a little bit.

“It is hard at first because as a competitor you are mad that you didn’t win the tournament. And then you have to realize what an unbelievable honor this is – the fact that you can win something over the course of an entire year.”

So the FedExCup managed to get into the right hands, though Sunday began with a very real chance at one of the more unpalatable results in the postseason era.

Paul Casey, whose last PGA Tour win came in 2009 and still three years removed from his last victory anywhere, entered with a two-shot lead. And Spieth, whose position at No.1 holds the most influence over who *can* win, was scuffling down in a share of 13th.

Spieth needed at least a tie for fourth to keep Casey from becoming the first FedExCup winner with a victory drought of more than a year. He nearly got there, carding a 3-under-par 67 that left him in a tie for seventh. 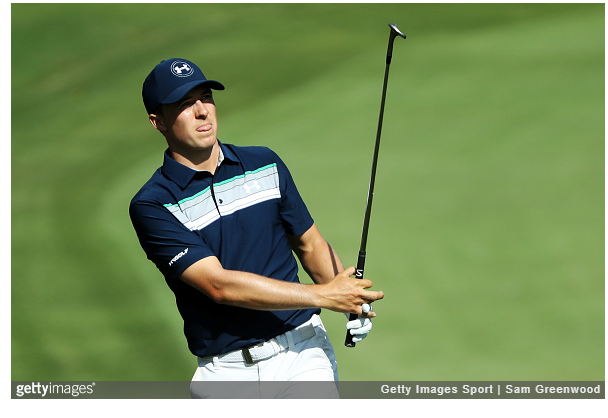 Casey wound up killing the scenario himself, unable to make a birdie until the final hole of a 73. Bogeys at Nos. 4 and 5 erased his lead, and a splashdown at the par-3 15th officially doused his chances.

Schauffele turned out to be the unflappable one, going bogey-free over his final 14 holes to bubble his way to the top. He didn’t grab a share of the lead until six holes to play; a birdie at No.13 kept him there for good.

As the No.26 seed, his chances of winning the big prize were almost nil to begin with. In a way, though, that helped him focus.

“I felt like it took a little bit of pressure off me to because I couldn’t win all of it,” he said. “I could just ‘settle’ for this win here.”

Schauffele, by the way, became the first man to win twice in his rookie season since Keegan Bradley in 2011.

Spieth, meantime, became the ninth top seed in as many years to come away from East Lake empty-handed since the points reset was introduced in 2009. Only twice has the leader finished among the Tour Championship’s top five.

“This tournament almost summed up the year,” Spieth said. “I struck the ball nicely; I just couldn’t quite get comfortable to get in a full-blown tournament rhythm on the greens. … If the putter was a little hotter, then I would have had more of a chance.”

In the end, Thomas’ finish was about as good as his start. He notched the first of those five wins last October, successfully defending his title in Malaysia. Once the calendar turned to 2017, he became just the second man to win both ends of the Hawaii fortnight.

That’s where Speith saw his buddy start to take on new dimension.

“Just a tenacity, a confidence that takes experience in order to build and to have,” Spieth said. “I really saw it at Sony. He was out in front of the field and really just kept himself out there.”

Even a midsummer lull proved only just that, storming back to win the PGA Championship and the second playoffs event.

“A lot of great weeks and great memories,” Thomas said. “Life-changing events – that just kind of ended with another life-changing thing for me.”