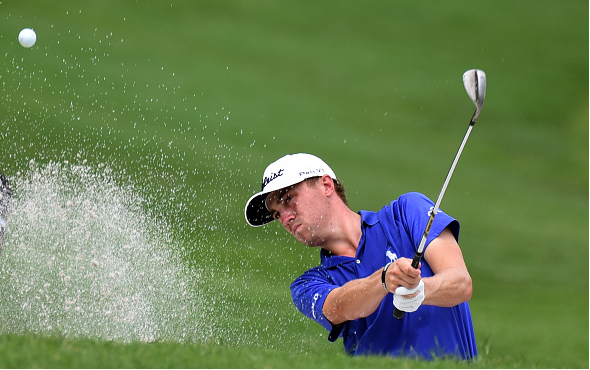 Justin Thomas didn’t come out of nowhere to become a top player on Tour during his sophomore season, as he was incredible in the second half of the 2015 season. But last season’s CIMB Classic was his coronation as one of the best golfers on Tour.

And Thomas is excited to be back at the tournament where his career jumped to a new level.

“It’s great to be back. I’ve never had the opportunity to come to a tournament as a defending champion before,” said Thomas at a pre-tournament press conference. “Hopefully we can recreate some of those good memories and good things that happened out there.”

The CIMB was his only win in 2015-16, but he had a number of other high finishes, including third place at The Players Championship, the PGA Tour’s flagship event, and Top 10s at two FedEx Cup playoff events (T10 at The Barclays, T6 at the Tour Championship).

Thomas, in his third year on Tour, feels his career is trending in the right direction, and cites his win at the 2015 CIMB Classic for playing a major role in his career’s upward trajectory.

“I feel like I’ve definitely been trending the right direction the last year,” continued Thomas. “I would say honestly since this event, any time you can win in this sport is very huge and good for your confidence, so I learned a lot of things from that week and can build a lot of positives off of this event last year. Hopefully I can say that it was just a springboard for a great run.”

The 23-year-old University of Alabama alumnus has also become one of the more popular names on tour, largely due to his playful, outspoken nature, and his close association with Jordan Spieth and Rickie Fowler.

Thomas is to that point in his career where he is almost expected to be in the mix at majors.

“I feel like I have the firepower; I have the game to where I can do some pretty cool and special things out here,” said Thomas. “It’s just a matter of if I put myself to it and I put the work in and I do everything I need to do.”

There’s no reason to think that Thomas can’t play well in Malaysia and parlay that into another exceptional season.