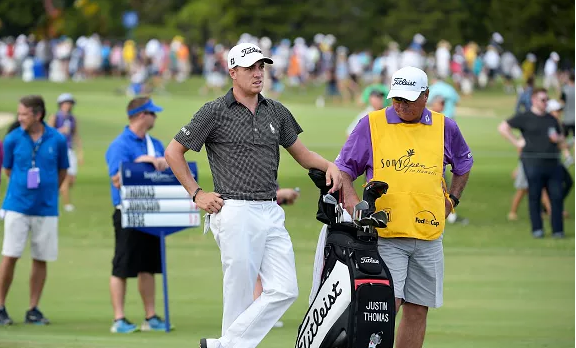 With his latest win at the Sony Open, Justin Thomas moved into some rarefied air – the world top-10 rankings. The 23-year-old rising star moved up from No. 12 to 8.

Only Dustin Johnson (3) and Jordan Spieth (5) are U.S. players with a higher ranking – and only Spieth is younger (by just 2 months) among the top-10.

Thomas started the 2016-17 season as the 35th ranked player in the world. Following his second career Tour win, and first of the season, at the CIMB Classic in Malaysia, Thomas moved up 14 spots – cracking the top-25 for the first time at No. 21.

The Alabama alum stayed in that spot for the remainder of the 2016 calendar year, as he carded a T23 at the WGC-HSBC in China and a T4 on the Japan Tour’s Dunlop Phoenix Tournament.

Justin Thomas will move up to a career-best eighth on the world ranking. He started the year at 22nd — two weeks ago.

Finally, following his second consecutive win in Hawaii, at the Sony, Thomas jumped four spots to the 8th spot, and into the high-rent district of the World Top-10.