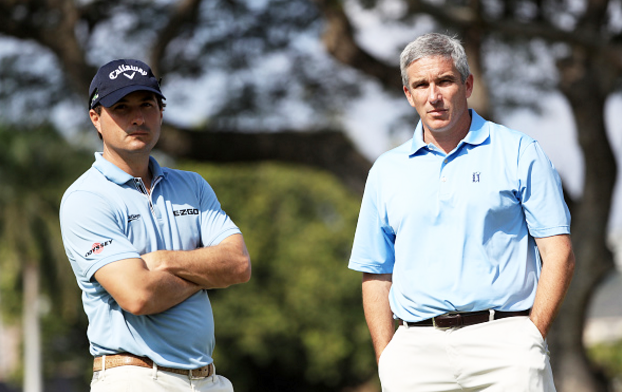 It’s mid-morning here on the east coast of the United States, and no you weren’t dreaming – Justin Thomas did win his third PGA Tour event of the season. And yes, it’s only January 16th.

As we move on from Thomas Time, and look forward to the first Tour event on the U.S. mainland – at the CareerBuilder Challenge, it’s time to round up a few of the golf stories we’ve bookmarked this morning.

One last putt. One more record. And two unforgettable weeks in Hawaii for Justin Thomas.

Thomas began the Sony Open with a 15-foot eagle putt on his final hole to shoot 59. He ended it Sunday with a two-putt birdie from 60 feet that gave him yet another entry in the PGA Tour record book for the lowest 72-hole score in history.
-ESPN, AP Wire

With back-to-back wins in Hawaii, Thomas is now ranked eighth in the Official World Golf Ranking. He was 12th, following his victory at the SBS Tournament of Champions, and moved up four more spots thanks to his record-setting triumph at the Sony Open.
-Golf Channel, Digital Wire

Phil Mickelson has been a presence in the CareerBuilder Challenge, the old Bob Hope Classic, many times in the past and he hopes to be that and more this week in the California desert.

Lefty’s name is on the commitment list, but he’s not sure he will make it to the first tee in La Quinta, Calif., on Thursday following two hernia surgeries in recent months.
–UPI, Tom Lamarre

For the last five years, former President Bill Clinton has been part of the tournament, shaking hands with players and fans and handing out the trophy.

With the end of the event’s association with the Clinton Foundation, the former president won’t be on hand this week.
-The Desert Sun, Larry Bohannan

Rory McIlroy To Undergo Scan Monday For Back Injury

Rory McIlroy could miss this week’s Abu Dhabi HSBC Championship because of a back injury.

The Northern Irishman played through the pain in losing a playoff to Graeme Storm at the BMW SA Open on Sunday after revealing on Friday morning that he had considered pulling out of the event because of the problem.
-ESPN, PA Sport Wire

Instead, one could go right to the news, that Jay Monahan of Belmont — a guy who knows good chowda and that left of the Pesky Pole is fair play — officially became PGA Tour commissioner 13 days ago, succeeding Tim Finchem, 69, who retired after 22 years…

He is Boston the way the “R” isn’t, and Kennedy’s point about golf “in the DNA” is spot-on. Great-grandfather Joseph W. Monahan was a state senator in the 1930s, then a longtime Probate Judge in Middlesex County. But perhaps he’d prefer his legacy to be the passion for golf that he planted for future generations of Monahans.
-Boston Globe, Jim McCabe