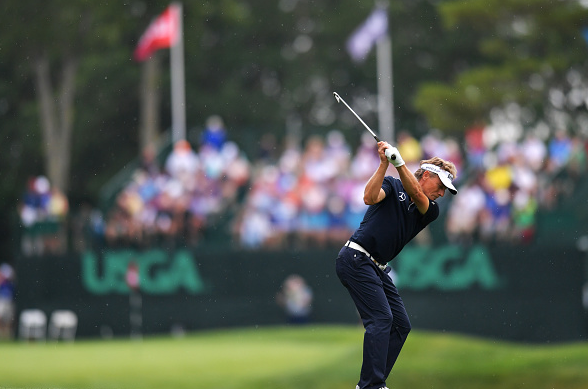 Bernhard Langer, the 59-year-old German star, who has absolutely dominated the Champions Tour in recent years, was the big story coming into this week’s Senior U.S. Open.

Langer won the first two majors of the year, and was considered a favorite this week as well. He got off to a great start, playing himself into contention with a 67-65 on Thursday and Friday, but the weekend was a struggle, as over-par rounds of 72 and 74 dropped him to -2 for the tournament, good for a share of 18th place.

“It’s hard to win one in a row.”
–Bernhard Langer, after falling short in his quest for a third-straight 2017 major victory.