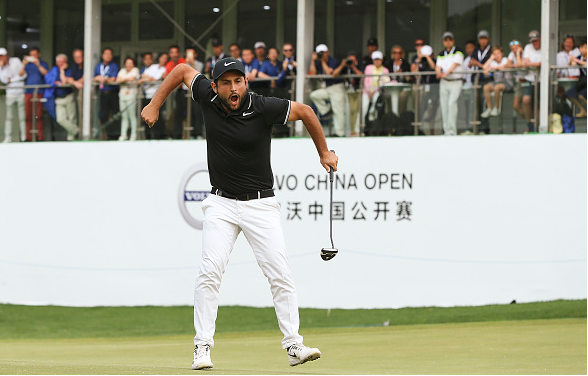 Levy, who won this event in 2014, began Sunday’s final round seven shots back of 54-hole leader Frittelli. Levy birdied the par-5 18th to finish at 17-under and force the playoff with Frittelli.

A birdie on the final hole would have won it for Frittelli, but his second shot sailed over the hospitality tent and eventually settled for par-5 to finish at 2-over for the day, and tied with Levy at 17-under.

On the first playoff hole, No. 18, both players were on the green in three and had putts for birdie. Frittelli missed his attempt, but Levy dropped his from 15 feet for the win.

"It feels amazing to be back in the winner's circle again!"

Hear what else Alex had to say on his victory here. pic.twitter.com/tsCcXyWIA2