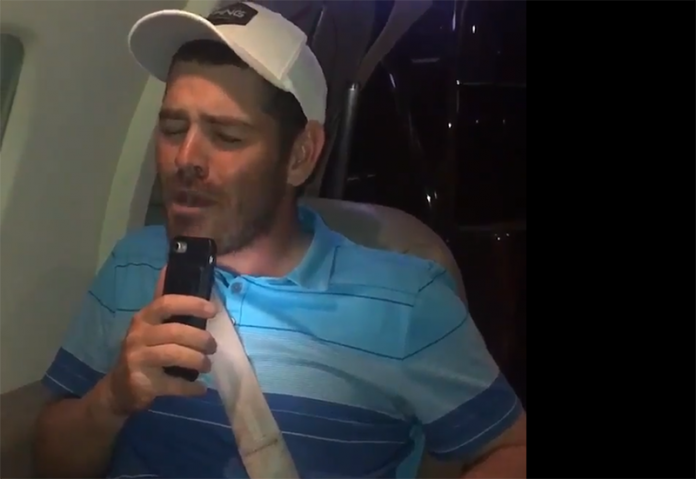 After his ridiculous shot, up against the tree, on the fourth-hole during Saturday’s third round, no one was sure Louis Oosthuizen would be able to finish out the PGA Championship.

Oosthuizen was seen receiving treatment on his arm throughout the rest of the round, which was clearly aggravating him. Taped up and ready to roll, Sweet Swingin’ Louis powered his way through the pain to a T2 finish at 6-under in the final round at Quail Hollow Club.

His second-place finish this past weekend gave Oosthuizen a silver lining to his career, which ended his completion of the Grand Slam runner-ups. Oosthuizen has now finished second at the Masters (2012), U.S Open (2015), The Open (2015), and finally PGA Championship (2017).

Ever so gracious and making light of the ‘runner-up’ accomplishment, the South African took to Twitter to let everyone know he was more than alright.

Louis passionately lip-sang Andra Day’s “Rise Up,” giving his followers a tasteful show on his way home from the tournament. If Oosthuizen ever needs a backup plan to his golf game, he may have just found it in Showbiz.