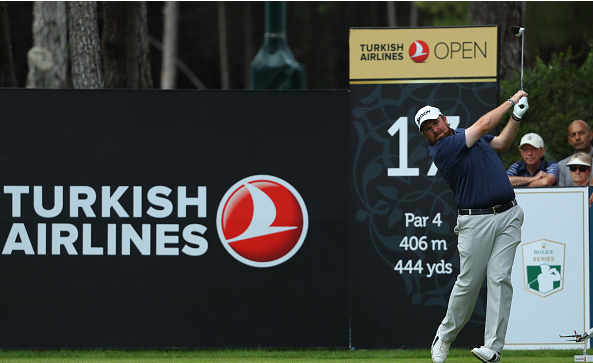 Shane Lowry fired a 6-under 65 on Saturday to grab a share of the 54-hole lead at the Turkish Airlines Open. The Irishman is 14-under 199, and tied with Thailand’s Kiradech Aphibarnrat, who posted a day-three 66. 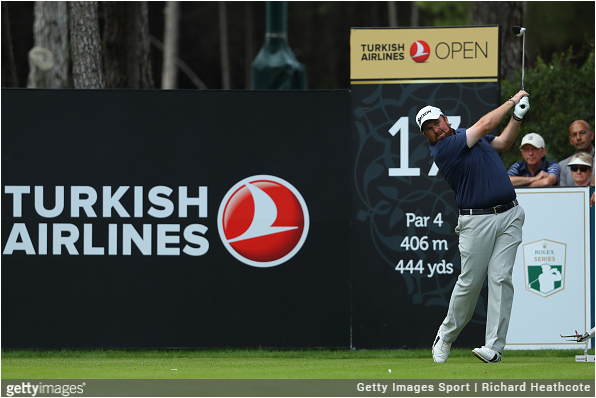 Lowry went bogey free on his round with six birdies, highlighted by three in a row on Nos. 11, 12 and 13.

“I knew I was going well. Obviously I got it to 14-under and walked up on to the 14th green and seeing that I was tied for the lead, so I was pretty chuffed with that,” said a smiling Lowry. “Managed to — I only parred in, missed a couple of chances. But a good par save on 16, as well.”

Despite a shaky day off the tee, Aphibarnrat also turned in a clean card on Saturday, which included a pair of birdies on the front, and three to close on the back.

Both co-leaders are in search of European Tour title No. 4, while Lowry – winless since the 2015 WGC-Bridgestone Invitational, is also looking to jump into the top 60 in the Race to Dubai Rankings and earn a spot in the season-ending DP World Tour Championship.

“It would mean a lot. I’m going to have a nice evening this morning and get up and do the same thing I’ve been doing every day, and go out tomorrow and play the best I can,” said Lowry, when asked what a win would mean after a two-plus season dry spell. “If it happens, it happens and if it doesn’t, that’s it. That’s golf.”

Belgium’s Nicolas Colsaert, the 36-hole leader at Regnum Carya Golf & Spa Resort, teed off with a 4-shot advantage, and increased that lead to five at the turn. But a 4 over closing nine had the long bomber sign for a third-round 73 and a three-day total of 12-under 201, good for T3.

“I took a couple of blows around 12 and 15. But you know, if you add it all up, it’s the only couple of blemish that I’ve had so far this week. I’m still within striking distance, which I’m happy with,” said Colsaert.

A pair of major champions, England’s Justin Rose and Irishman Padraig Harrington, posted matching low-round 64s to jump up to T3, alongside Colsaert.

Rose, who is seeking his second win in as many weeks, made a move at the mid point of his inward nine, dropping four birdies in a row on Nos. 12-15 to finish his second straight round bogey-free. 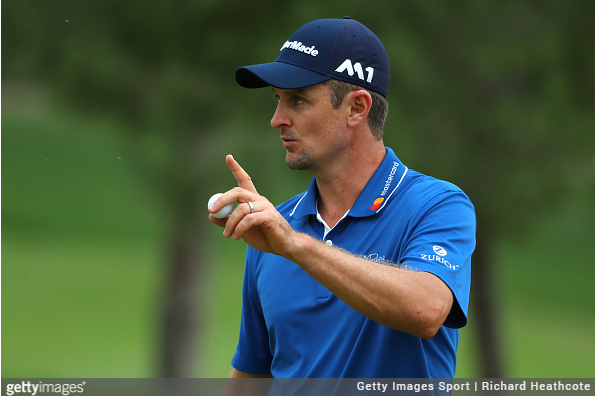 “Very satisfying today. Again it was another perfect day to play golf. Got off to a good start today, 3-under through five, I think it was but felt like I could hole every hole on the front nine that. Put me in a positive mind-set. Knew there was a low score out there,” said Rose.

Harrington, meanwhile, had a card filled with eight red numbers against just one bogey.

Alone in sixth is Belgium’s Thomas Pieters, who posted a 5-under 66, including an outward 29. He is at 11 under and just three off the lead.

Tyrrell Hatton with a wedge putt from 29 feet on the 18th hole.

“I’m very excited about tomorrow, and I’m really happy with how today went and how I played and how I handled myself. Looking forward to getting out there and being in the hunt. I haven’t really been there for awhile, so it will be good.”
–Shane Lowry, 54-hole co-leader.