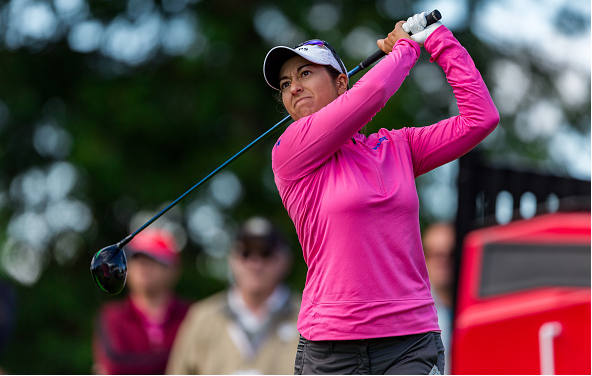 Marina Alex posted a 5-under-par 66 in the opening round of the Canadian Pacific Women’s Open at the Ottawa Hunt & Golf Club, and leads after round one.

Alex recorded six birdies against a lone bogey on her round, and afterwards she credited her putting. 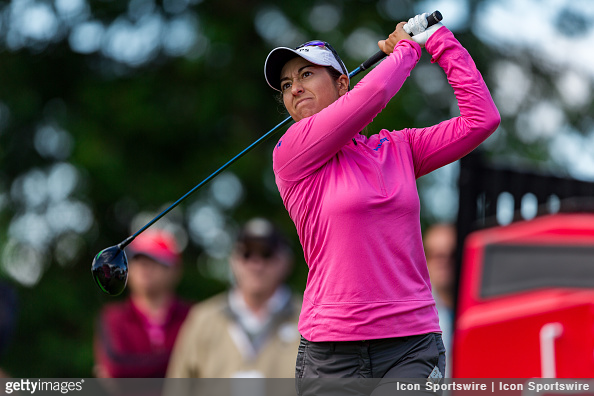 “I putted unbelievably well today. I rolled it so good. So I hope I can just carry that into the next couple days and just tidy up the ball-striking a little bit,” Alex said.

One off the lead is the duo of Holly Clyburn and In Gee Chung, who both shot 4-under 65.

Clyburn got to 65 in dramatic fashion: with a hole-out eagle putt at the par-5 ninth.

“I’ve just been waiting for something to drop like that all day,” said Clyburn. “I played solid all day, and that was just a nice present on the last.”

A logjam of seven players were at 3-under 68, headlined by former CP Women’s Open champion Brittany Linciome.

Hometown favorite Brooke Henderson struggled with her putter on Thursday and finished with a disappointing 3-over 74.

“I hit a lot of fairways, gave myself a lot of opportunities for birdie and they just didn’t fall today,” said Henderson, who carded only one birdie to two bogeys and a double. “That can happen, and just hopefully I can just be a little bit better.”

.@Marina_Deee rollin in the putts today!
Watch highlights from the current leader of #CPWO pic.twitter.com/YtN1iXe2iM

“They were rolling unbelievably well. Really quick. The nice thing is they’re still a bit soft, so the shots are holding into the greens, so it kind of makes for a good combo. You can hit shots in there pretty tight, and then you have really nice pace to hold them.”