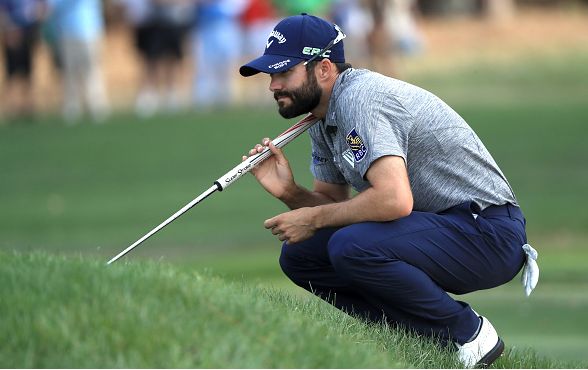 Justin Thomas was the only player within the top-5 on the money list to tee it up at the Valspar Championship. And the 23-year-old Thomas missed the cut, so the top of the money list remains static.

Adam Hadwin, however, with his first PGA Tour win, moved himself into the top-10 at the 7th spot, and ironically knocked out fellow Canadian Mackenzie Hughes – who dropped one spot to No 11.

Hadwin arrived at the Valspar having an under-the-radar type season, with 8 straight made-cuts and four top-25s – highlighted by a T2 at the CareerBuilder Challenge (which included a round of 59!).

Hadwin is now one of only eight players on tour who have earned over $2M for the season. The Moose Jaw, Saskatchewan native has earned $2,271,021 in 10 events for the season.