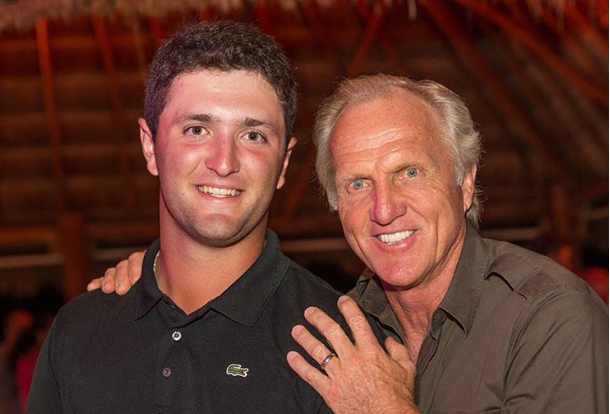 A couple of all-time golf legends posted to Instagram to congratulate 22-year-old Jon Rahm on his big win at Torrey Pines.

Congrats to a talented and impressive @jonrahm on winning his first @PGATour tournament today. The youth of our game today is really strong.

We noted Rahm’s character in one of our wrap-up posts last night, where we described the “humble-sounding Rahm” feeling “blessed” after his win.

Norman also said the “youth of our game today is really strong.” And after the first month of 2017, it’s hard to argue with the Shark.