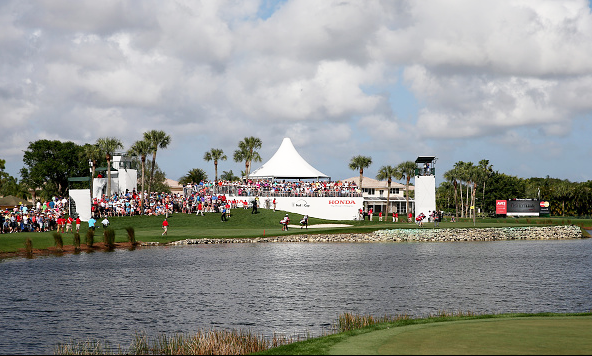 The entrance to the vaunted three-hole “Bear Trap” produced not a single hole-in-one during the Honda Classic’s first 10 years at PGA National.

Then a year ago, there suddenly were two. 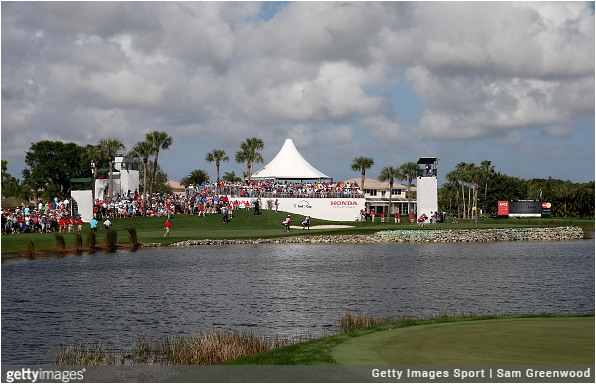 Scott Stallings broke the jinx in the opening round with a 6-iron that landed just short of the pin and rolled in. Three days later, Jhonattan Vegas did likewise with a 6-iron into a 15 mph breeze.

No.15 isn’t a long par-3, but the prevailing wind makes it dicey as players negotiate a narrow, diagonal green running left-to-right. The front part of the green slopes left, with a big bunker creating a tough up-and-down.

“It was sort of a nothing little hole,” said Jack Nicklaus, who did the redesign in 1990. “When we brought the water in play, all of a sudden it became a monster. And it’s only a monster because of the awkward wind there that sort of comes into you right-to-left. You have to sort of cut into it.”