Louis Oosthuizen fired a 7-under 64 on Thursday and leads the WGC-Mexico Championship after round one at Club de Golf Chapultepec. 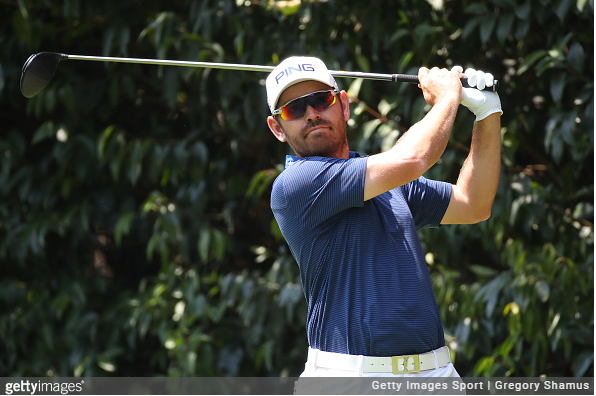 Oosthuizen, who started out with back-to-back birdies, went bogey-free on the day circling five birdies in all, while adding an eagle at the par-5 15th.

“Just really playing solid. I drove it pretty well. I’ve got a lot of confidence in my driver and just teeing it up on a lot of holes and making good swings. I’ve been hitting it the last three, four weeks really good, two of those weeks just practicing back at Palm Beach,” said Oosthuizen, who hit 9 of 14 fairways and 15 of 18 greens.

“Last week felt like I played really well, just got caught up a little bit in the Bear Trap on Sunday. Still swinging it really good. It’s all on the greens here and leaving yourself with decent chances.”

Paisely held a share of the lead until a late bogey on No. 16 dropped him down to the T2 group at 6-under 65.

Meanwhile, Schauffele finished with six birdies against no bogeys, while Sharma also went without a blemish but got to 65 by the way of four birdies and a chip-in eagle on the par-4 first hole.

“Couldn’t have hit a better 3-wood, just started at the pin drifting a little bit to the right, just on the edge,” said Sharma, describing the eagle on No. 1.

“Couldn’t have had a better second shot. Even the second shot, the grass was towards the hole, it was a very easy chip up the hill. I was just actually thinking of making it. Because normally you hit a good shot and you think of making up-and-down for birdie, you tend to miss it. So I was chipping well and I just told myself to just go ahead and make it.”

One further back is Spaniard Rafael Cabrera Bello and Thai Kiradech Aphibarnrat, who sit T5 at 5-under 66, one shot ahead of Jon Rahm of Spain who posted a first-round 4-under 67.

Yeah, I always look around on the leaderboards, I don’t mind knowing where I am. Yeah, but there’s so many boards out there you can’t really miss it. Yeah, just when I swing it, when I feel like I’m swinging it well, I don’t really — those things don’t upset me, it’s just getting the number and then see if I can make a good swing.”
– Louis Oosthuizen