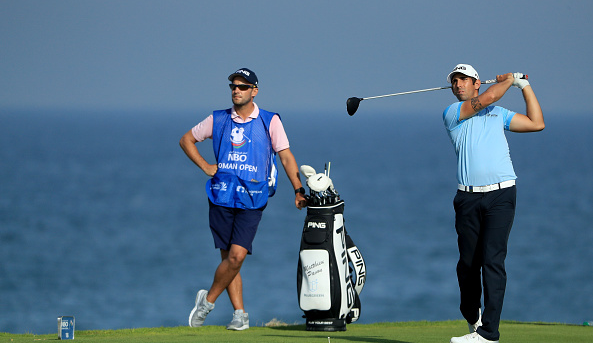 Matthieu Pavon fired a second-round 7-under 65 on Friday and will take a two-shot lead over England’s Matthew Southgate into the weekend at the NBO Oman Open. 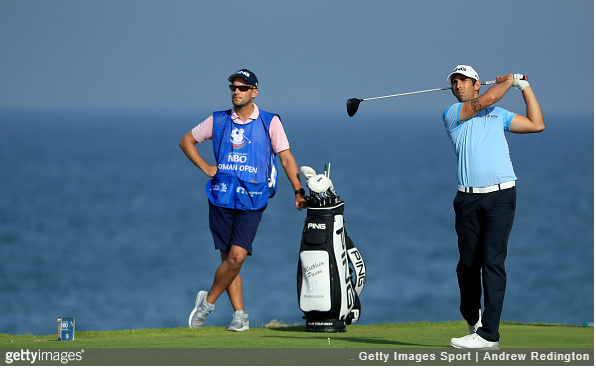 The Frenchman, who is still searching for his maiden title on the European Tour, finished his second day in Muscat with just one bogey offset by eight birdies, highlighted by six red numbers over an eight-hole stretch (Nos. 5-12) to secure the pole position at the halfway point.

“It’s a lot of good memories that help. When you play bad on some courses and you are going back the next year or you have some bad memories, here is just the opposite,” said Pavin, who finished T3 at a 2016 Challenge Tour event at Al Mouj Golf.

“I just have so many good memories so I’ll just try to surf on them. I’m feeling good in my game, very happy right now so I’ll just take it easy and we will see what happens.

“I really enjoyed every part of my game today. Everything was really consistent and solid, I played a lot of good shots, holed a few really good putts so everything was just perfect today.”

England’s Southgate, the first-round co-leader, posted a second-day 70 to sit solo-two at 9-under par.

One further back was the other first-day co-leader, Paul Waring (71). The Englishman sits T3 alongside compatriot Chris Wood (66) at 8-under par.

Dutchman Daan Huizing carded a 71 and is alone in fifth, one clear of another Dutchman in Joost Luiten, who fired a 66 to sit T6 at 6 under, alongside Frenchman Julien Guerrier and Swede Marcus Kinhult, both of whom posted 69.

Matthieu Pavon is captured in a slow-motion swing at Al Mouj Golf on Friday.

“I’m feeling good in my game, very happy right now so I’ll just take it easy and we will see what happens.”
– Matthieu Pavon