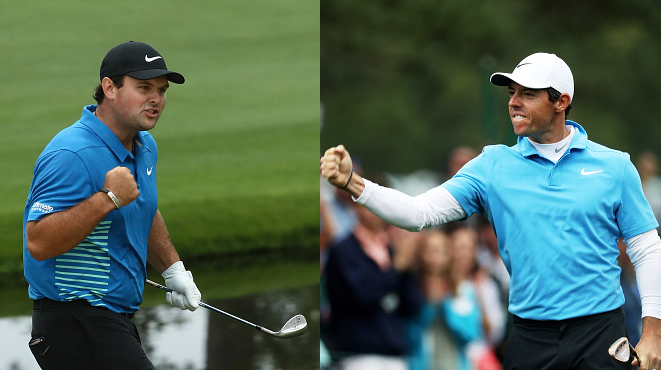 The PGA Tour boasts its best field since The Masters, when they make their annual stop at Quail Hollow Golf Club for the Wells Fargo Championship this week. The course will not be as brutal as it was when it hosted the PGA Championship last August, but it is still a tremendous test worthy of many of the world’s elite. Here are those to watch most closely this week:

It is more than a little surprising that the Japanese golfer grabbing the 2018 headlines has been Satoshi Kodaira, rather than Matsuyama. Hideki has not had a top 10 since January, but he is too talented to be down long, and a 19th place finish at Augusta was at least somewhat promising. He was T11 last time he played this event, in 2016.

The 24-year-old who ranks 12th on Tour in both scoring average and shots gained: tee-to-green has been in great form as of late, finishing T3 in his last start, the RBC Heritage, and solo-second a month earlier at the Arnold Palmer Invitational. DeChambeau has missed the Wells Fargo cut the past two years, but has elevated his game to a different place since then.

Teamed with fellow Englishman Chris Paisley, Fleetwood was fantastic in three of four rounds at last week’s Zurich Classic, leading to a T4 finish. This will be his Wells Fargo debut, but he has been consistently good this season, and a third-round 66 at The Masters showed that he is a threat anytime, anywhere.

Greatly improved putting has the local contending week in and week out, and in his last outing, the RBC Heritage, also a local course for him, Simpson shot four rounds in the 60s on his way to a T5. Back-to-back missed cuts at the Wells Fargo was surprising, but he has played well here before, finishing runner-up in the 2015 edition.

Don’t overlook the defending champion of this event just because it happened at a different course. He has top 10s in more than 50% of his starts this season, and was T13 at the PGA Championship at Quail Hollow last year. Harman has been very accurate with both tee shots and approaches, and he ranks 6th on Tour in strokes gained: putting, all which would indicate that he has a good shot at going back-to-back.

The former World No. 1 seemed to be gaining his star back after a win at the Farmers Insurance Open in late January, followed by a T2 at Pebble Beach two weeks later, but has not finished better than T20 in four starts since. Still, he is statistically the best putter on Tour again, and is fifth on Tour in birdie average. If he is in the field, he cannot be counted out.

Missing the cut two weeks ago at the RBC Heritage was surprising, but Casey’s ten starts this season have been great as a whole, with a win, three top 10s, and eight finishes of 19th or better. He is a safe bet to play well most weeks, and this is no different. Casey was T12 in this event last year, closing strong with a 68.

The 2007 Wells Fargo Champion had added Quail Hollow to his schedule for the first time since 2012. His T32 at The Masters was a little bit of a let-down after how well he played his previous three events (T5, T2, T12), but expecting him to contend at Augusta after such a long layoff was unreasonable in hindsight. Still, every part of his game aside from his driver has been on point, and there is no reason to think he cannot pick up where he left off after that hot three-start stretch.

Another marquee player who has not teed up since The Masters, Fowler broke through a recent slump and finished second at Augusta, another close major call for the man still looking for No. 1. Fowler won the 2012 Wells Fargo Championship in a playoff over Rory McIlroy, and like McIlroy, Quail Hollow represents his first career victory. He last played this event in 2016, finishing T4 after posting back-to-back 68s on Friday and Saturday.

A second round 79 at Augusta led to Noren’s first missed cut of the year, but his all-around game has been so on point, that it seems unlikely to lead to slump. The 35-year-old Swede has three finishes inside the top 3 this season, is ranked 7th in scoring average, and 4th in strokes gained: total. This course is a fit, not that many courses lately aren’t.

His T10 at The Masters was phenomenal, given that his ankle nearly snapped off his foot during the par-3 contest. In his first start since, Finau teamed up with a badly struggling Daniel Summerhays for a 6th place finish at last week’s Zurich Classic. He has little history in this tournament, playing just twice, but a T16 in 2015 shows he is not completely overwhelmed by Quail Hollow. Finau seems to have the temperament and all-around game to complete anywhere.

While not the official defending champion, Thomas won the last time the PGA Tour came to Quail Hollow, at the PGA Championship last August. The current leader in the FedExCup standings disappointed mildly by not quite being able to get into the mix at The Masters, but was on a 4-2-1 streak in his previous three 2018 starts. JT has only played this tournament twice, but did finish T7 in the 2015 edition, his first attempt.

There was no Masters hangover for Reed at last week’s Zurich Classic, his first start since capturing the green jacket, as he and Patrick Cantlay teamed up for a T7 finish while most of the big name players struggled. The now World No. 10 is on fire over his last five starts, with finishes of T7, WIN, T9, T7, and T2 respectively. He was also runner-up when Quail Hollow was the site of last year’s PGA Championship.

Phil has done everything that can be done at Quail Hollow except win. The horse for the course has played this event every year since 2004, and in those 14 starts he has 9(!) top 10s. His win in Mexico a few months ago ended a frustrating winless drought, perhaps he can put an end to an even longer one and finally conquer the Wells Fargo. Aside from a poor Friday at Augusta, Phil has been arguably the best player on Tour since February.

Rory owns Quail Hollow. McIlroy has six top 10s in his seven starts in the event, with two victories coming by a combined 11 strokes. When he is feeling it, nobody is able to touch him out here, and his recent results, which include a win at the Arnold Palmer Invitational and a T5 at The Masters show that yes, he is feeling it. This one could be ugly for the rest of the field.