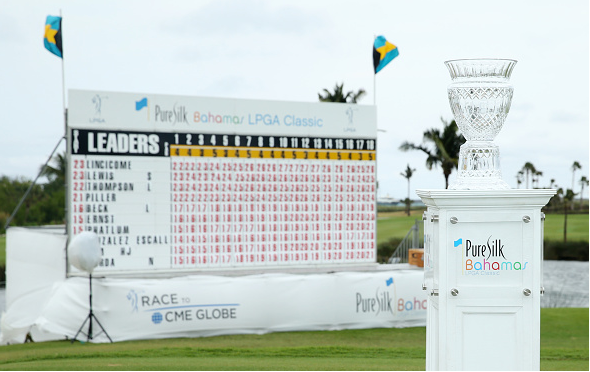 The LPGA Tour kicks off its 2018 season in the Bahamas with the sixth annual Pure Silk-Bahamas LPGA Classic at the Tom Weiskopf-designed Ocean Club Golf Course. 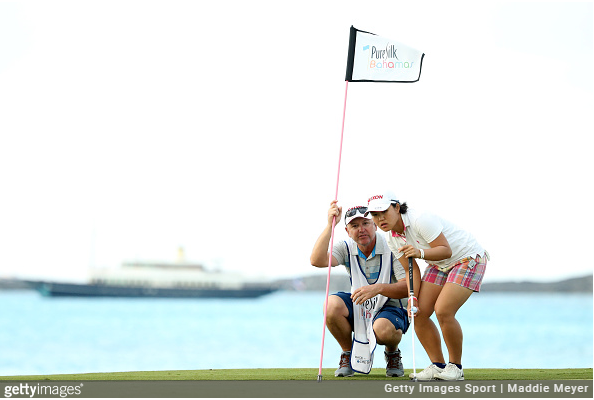 The Pure Silk-Bahamas LPGA Classic has been a part of the LPGA Tour since its debut in 2013. 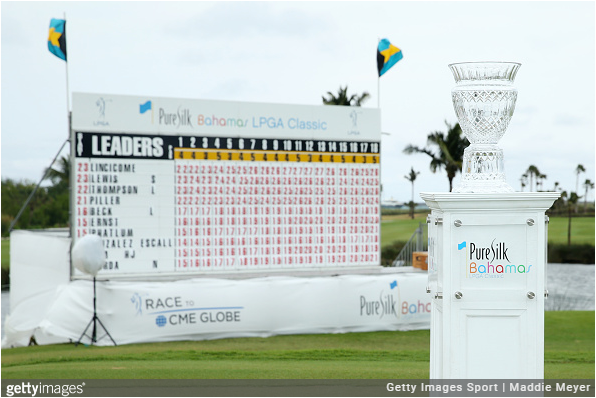 The first tournament was shortened to three rounds of 12 holes (36 holes) due to course flooding. Korean Ilhee Lee was the inaugural winner, shooting 12-hole rounds of 41, 43, and 42 to finish 11 under, two shots clear of compatriot Irene Cho.

Lexi Thompson’s 12-under par 61 in the second round of last year’s Pure Silk is the tournament record. 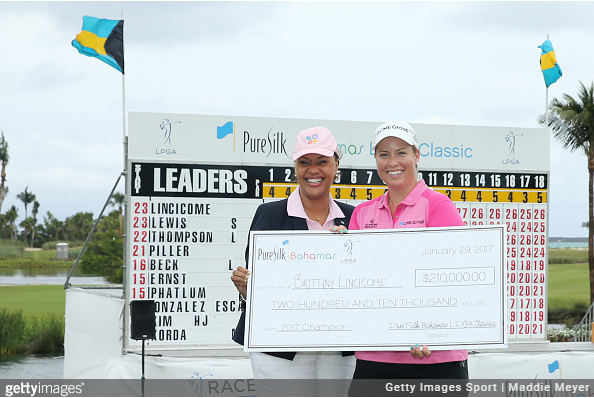 Lincicome two-putted from 20 feet at the par-5 18th hole and then watched as Thompson missed a tying birdie try from 12 feet.

It was Lincicome’s seventh LPGA victory and she won for just the third time in 11 career playoffs. Thompson, who held a share of the 54-hole lead with Stacy Lewis, lost in her first playoff appearance.

The field this week at Paradise Island is headlined by the two playoff participants in 2017: World No. 4 Thompson and defending champion Lincicome. 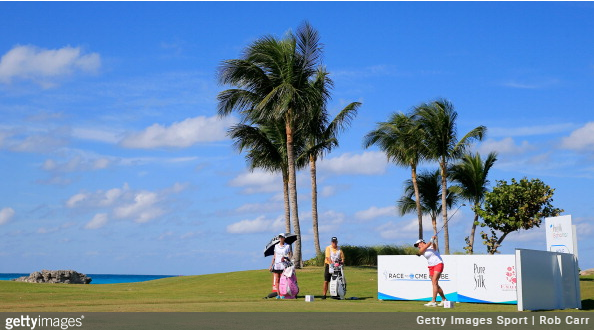 At No. 1, Shanshan Feng is the highest world-ranked player in the field.