The setting is familiar, but Saucier, Miss., where the Champions Tour sets up shop at the Fallen Oak Golf Club this week for the ninth consecutive year, will sport a new name for its tournament — the Rapiscan Systems Classic.

Whatever the name, it’s bound to be to Miguel Angel Jimenez’s liking. 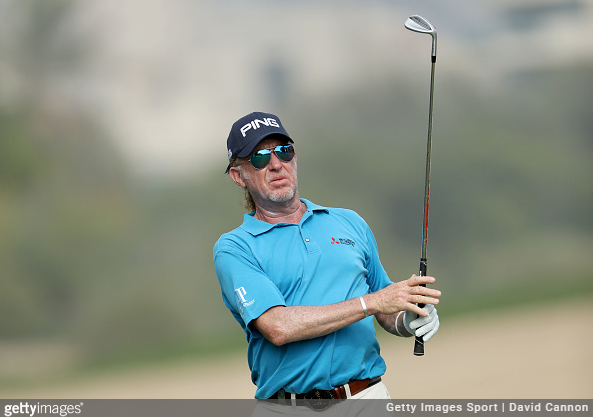 Jimenez has won this event each of the last two years, when it was formerly known as the Mississippi Gulf Resort Classic. With two top 10 finishes among his four starts on the Champions Tour in 2018, he’ll be hoping to add to his already impressive track record in southern Mississippi.

A solid field will offer plenty of competition, led by Gene Sauers, who lost to Jimenez in a playoff last year. Wisconsinites Jerry Kelly and Steve Stricker also could be part of the story, as Kelly sits atop the tour’s Charles Schwab Cup money list, while Stricker tied for third last year in Mississippi in his rookie year as a Champions player, leading the field for the week with 18 birdies.

Here’s additional information about what to expect at the Rapiscan Systems Classic.

Fallen Oak has been the site of a Champions Tour stop since 2010. Previously known as the Mississippi Gulf Resort Classic, it transitions this year to become the Rapiscan Systems Classic. 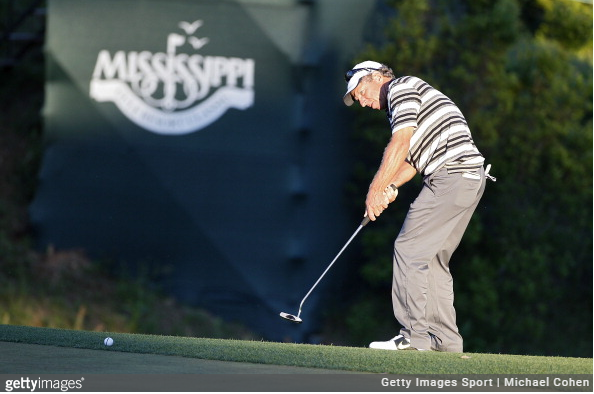 Should he win again this week, they may have to eventually add Miguel Angel Jimenez’s name somewhere in the title. After testing the waters in Mississippi in his first full year on the Champions Tour in 2015 with a tie for 22nd, he has come back the ensuing two years and won the event.

Other past winners include names such as Fred Couples, Tom Lehman, Jeff Maggert and David Frost. Lehman, Maggert and Frost are all in this year’s field.

The title sponsor, Rapiscan Systems, is the world’s leading security screening provider, with its products installed in more than 100 countries worldwide.

The second time around proved a bit more problematic for Miguel Angel Jimenez, who needed a playoff hole to pull away from Gene Sauers and repeat as champion at Fallen Oak. 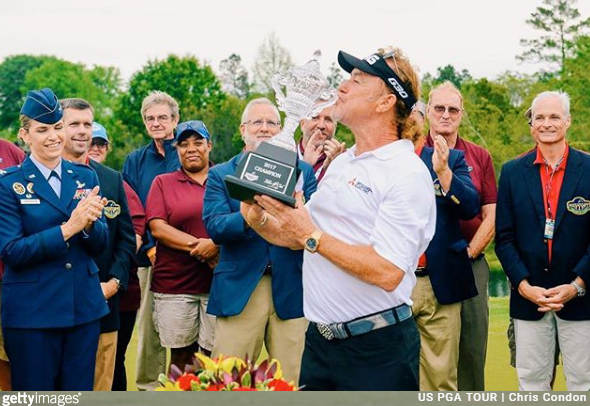 Jimenez appeared headed for victory with a two-shot lead on the 18th tee, but promptly double-bogeyed the final hole on Sunday to set up the playoff. The playoff, naturally, began on the same 18th hole, but Jimenez corrected his mistakes and sank a 10-foot putt for birdie to become a repeat winner.

Jimenez shot 70 on Sunday, allowing others to climb back into the fray. Sauers could manage only a 71 after a course record-tying 63 on Saturday had made him the 36-hole leader. Steve Stricker shot 65 in the final round and Bernhard Langer fired a 67, leaving them tied for third, one shot behind the 203 totals posted by Jimenez and Sauers.

As per usual with the Champions Tour, any number of story angles could emerge and become the big story for the weekend. 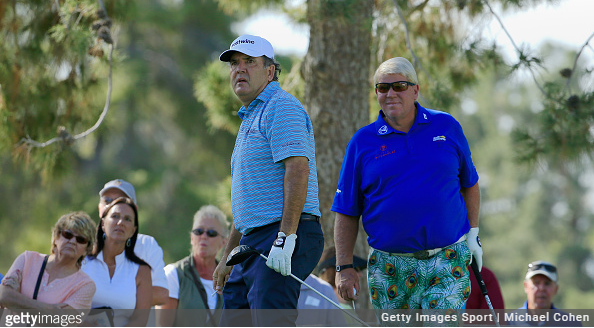 For instance, past champion David Frost is now 58 years old, but is coming off a solid showing of tied for sixth at the Toshiba Classic two weeks ago. Conversely, Berhard Langer finished tied for third, just a shot off the lead, at Fallen Oak last April and has a streak of 11 straight sub-par rounds on the course.

But his two most recent starts this year have produced a tie for 54th and a tie for 58th, the two worst finishes he has posted in 214 career events on the Champions Tour. A wonky putter, usually one of his strengths, is killing his scoring.

Vijay Singh was the winner at the Toshiba Classic, so he has to be considered a threat. So too could be Scott McCarron, who was fifth at Fallen Oak last year and finished tied for second at the Toshiba event.

Rocco Mediate comes into this week with a streak of four straight top 10 finishes, the current best mark on the tour. Then you have the pair from Wisconsin — Steve Stricker, who finished tied for third in his first appearance at Fallen Oak last year, and Jerry Kelly, who leads the Champions Tour in earnings so far for the 2018 season.