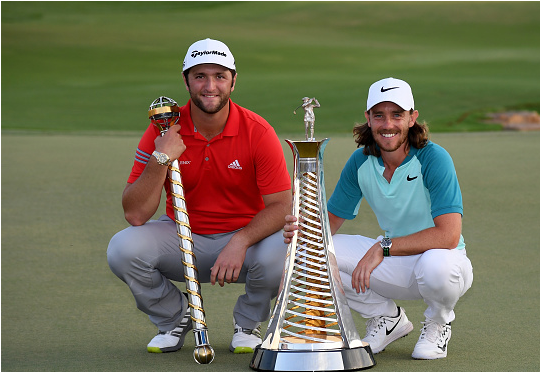 Jon Rahm fired a final-round 7-under 65 at Jumeirah Golf Estates to capture the DP World Tour Championship, Dubai, while a late stumble by Justin Rose handed the Race to Dubai title to Tommy Fleetwood. 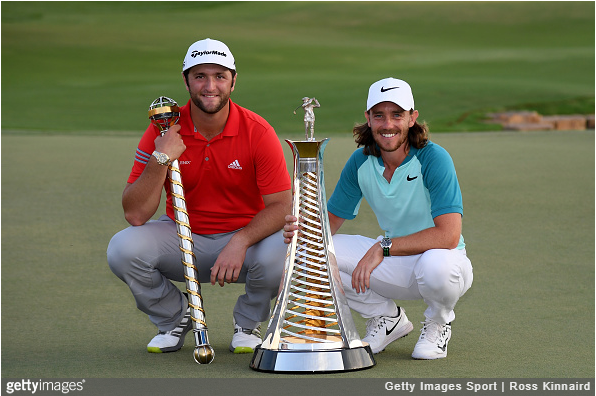 Rose appeared headed for his third straight European Tour title, and the Race to Dubai after turning at 32 – and five shots clear of Fleetwood and three ahead of Rahm. But a three-bogey inward nine, opened the door for Rahm, and by default Fleetwood, who stumbled to a 2-over 74 on Sunday.

Rahm, playing in the penultimate group with South African Dean Burmester, closed with a 33 to get to 19 under and win his second Rolex Series title by one shot.

“It’s hard to sum it up,” said Rahm. “An incredible week, I could not be more proud of what I’ve done this week. It could be very easy to just be content with getting the award and just being here and trying to play the best.

“Having the weekend that I’ve had, actually shooting 12 under on the last 36 holes, bogey-free round today, it’s really special.”

Shane Lowry and Kiradech Aphibarnrat finished a shot behind Rahm at 18 under, one clear of Rose, Dean Burmester, Dylan Frittelli and Sergio Garcia.

Despite a birdie on 18, Rose posted 17 under, and dropped to T4, alongside Burmester, Frittelli and Garcia. By virtue of a four-way tie for fourth, and not solo-four, Rose also lost the Race to Dubai title.

Fleetwood struggled on Sunday, closing with bogey-bogey to post a 74 and finish in a tie for 21st, but it was just good enough to win the Race to Dubai, thanks largely to early-season wins at the Abu Dhabi HSBC Championship and the HNA Open de France, along with a full time schedule (24 starts to just half that for Rose).

… And the confirmation on TV.

“I didn’t plan on being here at the beginning of the year and I sure didn’t plan on winning it so it’s an incredible feeling.”
– Jon Rahm, 2017 DP World Tour Champion

This is a developing report.