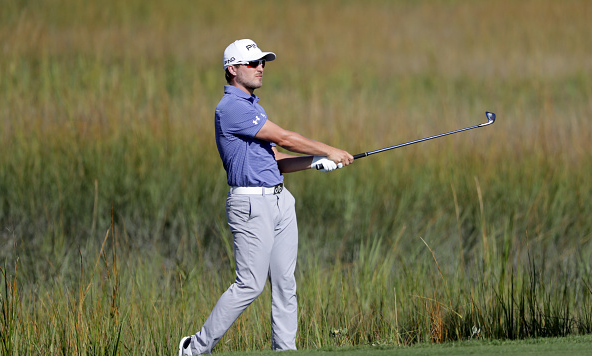 Austin Cook posted a 4-under 66 on Saturday and will carry a three-shot lead into Sunday’s final round of the RSM Classic. 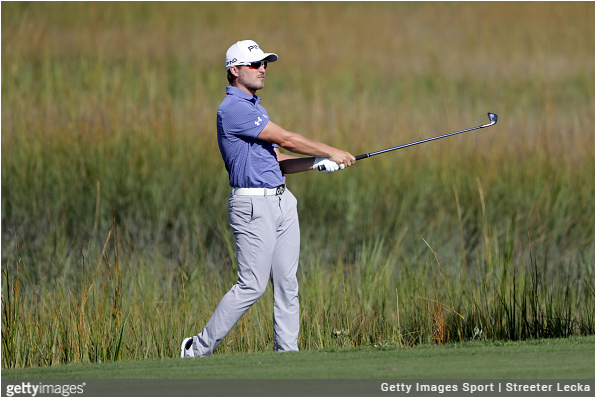 Cook’s day at Sea Island included five birdies, highlighted by two straight out of the gate. The Arkansas native’s three-round total of 194 is the lowest 54-hole score on the PGA Tour this season, topping Pat Perez’s 195 at the CIMB Classic.

“Been able to make a lot of clutch putts for the pars to save no bogeys. Hitting the ball pretty much where we’re looking and giving ourselves good opportunities on every hole,” said Cook.

Alone in second is first-round leader Chris Kirk, who fired an 8-under 64. The former Georgia Bulldog will be paired in the final group with Cook, as he seeks his first win since 2015 (Colonial).

“Hopefully I can go play well, making a run,” said Kirk. “Obviously the weather will dictate a lot of things tomorrow, whether he’s kind of able to protect or if he’s going to have to keep going.

“Hopefully, I’ll be able to make some birdies and keep my ball into the wind.”

“I’m very pleased. I mean, Saturday’s moving day and this is the day where you want to put yourself in position for tomorrow. To tie the low score round for round 3, overall very pleased,” said Spaun.

Rounding out the top 5 is Kevin Kisner who shot 65 to get to 12 under.

“Holding back the nerves probably. I know today it was a lot of deep breaths, a lot of trying to calm the nerves, just stay in the moment, let the anxiety go away. I think even tomorrow it will be a little bit higher on Sunday, so just trying to stay in the moment and just not really think about the possibility of what could happen.”
–Austin Cook, on concerns for tomorrow’s final round.