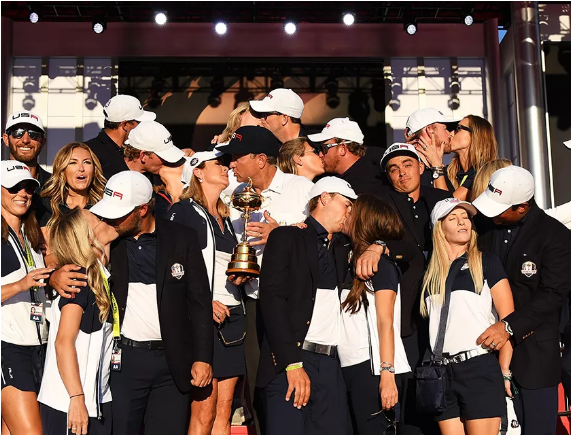 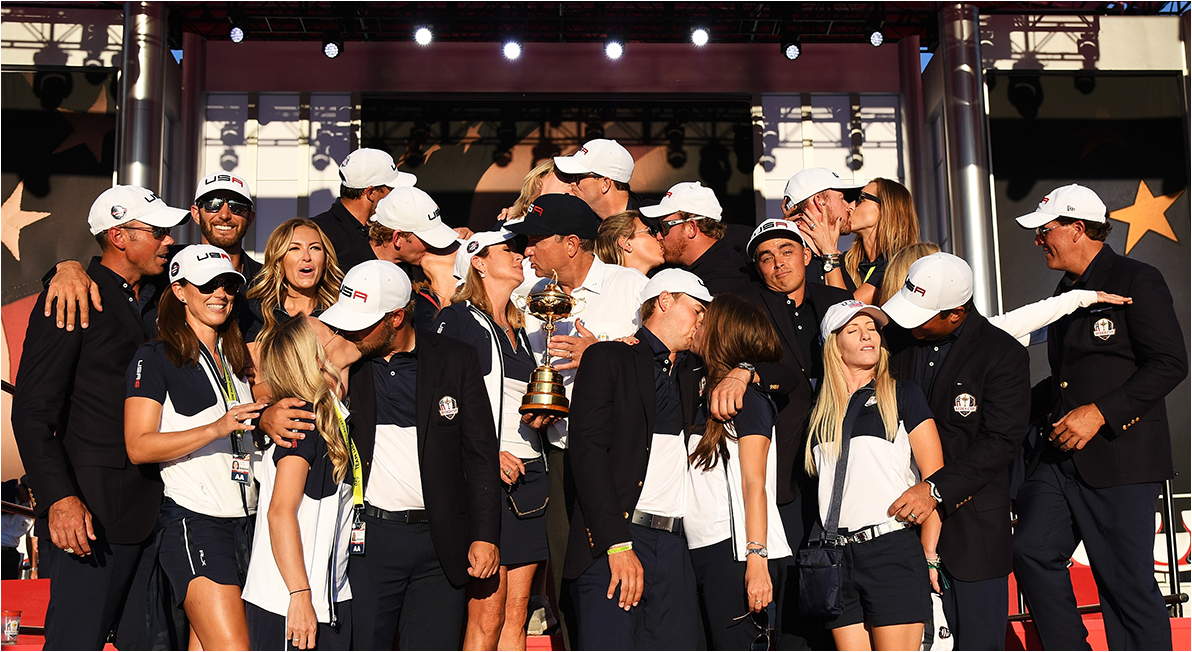 After the Ryder Cup presentation, the U.S. players are coupled up with their significant others for a celebratory kiss/photo.

"I can have sex with anybody I want tonight so who's the real winner?"- Rickie pic.twitter.com/ODppD4CYxf

.@RickieFowler wins his match to bring US to 11.5 points. We need 14 to win the #RyderCup.#GoUSA https://t.co/fgNequodau