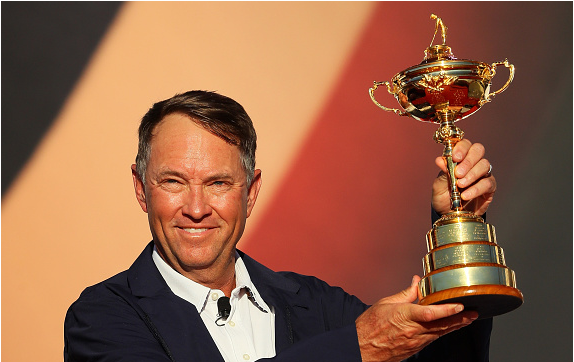 The United States finally did it. They won back the Ryder Cup in epic fashion. Led by its emotional leader, Patrick Reed, the U.S. was simply too much for the top-heavy Euros. The final score was the 17-11.

The Photos from Sunday

From Ryan Moore’s winning putt (which Lee Westwood conceded) to the on course celebration to the champagne spraying to the trophy ceremony.

The On Course Celebration

When daddy clinches the #RyderCup

Ryan Moore on that feeling.

When you have 10 birdies on Sunday at the #RyderCup.#RyderCup pic.twitter.com/IrsHLQ0G49

A match for the ages. Rory vs Reed. Wow!

GOAT and the Captain

Not a bad person to get a good luck message from!

The Great Gary Player checks in

The greatest sports weekend of my life thank U Davis Love and @RyderCupUSA. Unfrigginbelievable!!!!!!! pic.twitter.com/Qg2jYxqD2R

The best quote of the weekend.