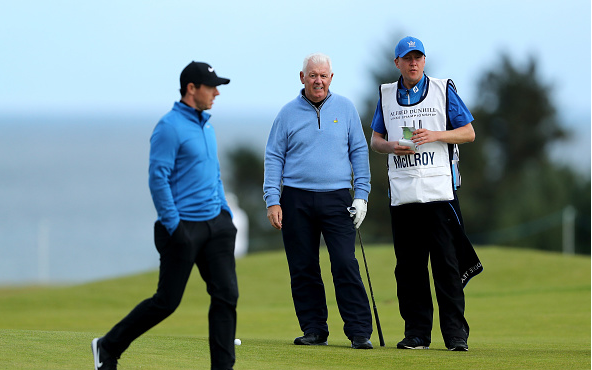 If there had been a “Most Disappointing PGA Tour Player in 2017” award, perhaps something tantamount to “The Sacko” from the TV Series The League, a significant percentage of the votes would likely have gone to four-time major champion Rory McIlroy. 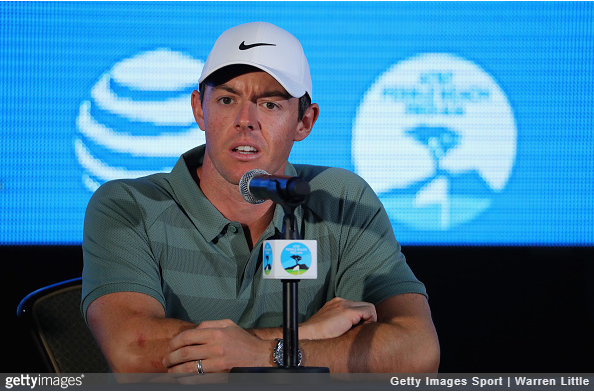 Despite six top-10 finishes in 14 PGA Tour starts, including two in majors, Rory never really contended anywhere in 2017, except maybe at the WGC-Bridgestone Invitational, where he was in the mix going into Sunday, but finished nine-strokes (T5) behind winner Hideki Matsuyama, who shot a final-round 61.

A lot of those 2017 struggles were imputed to an extremely stubborn January rib injury that plagued Rory the entire season. There were questions about whether he would shut down his season after the final major to rest and heal, but he attempted to make a go of it in three FedExCup playoff events. He played poorly in all three – going T34, CUT, T58 – which eliminated him from the playoffs before the Tour Championship. That was when Rory decided enough was enough, and shut it down on the PGA Tour.

“Obviously I haven’t played a whole lot over the past 18 months for various reasons and not really making up for lost time, but just missed playing, missed playing competitive golf. And I feel like there’s nothing in my way, there’s nothing stopping me from playing a pretty full schedule,” said McIlroy.

“So it’s nice to start here in California and work my way back East and play a couple of tournaments that I’ve never played before, so excited for that. And, yeah, I think that once I get to Augusta, one excuse I won’t have is not being prepared and being under-golfed and I’ll have played a lot of tournament golf leading up to it.” 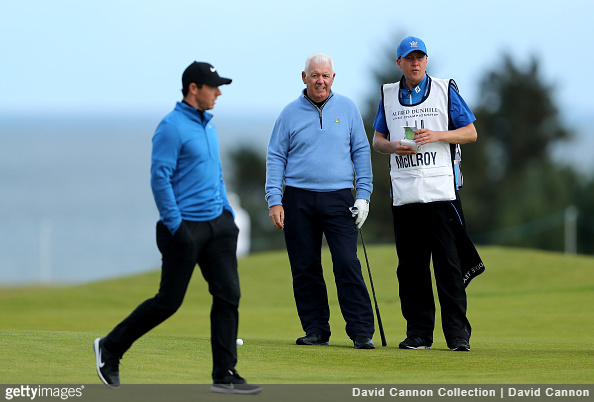 Fortunately for Rory, and perhaps unfortunately for the rest of the Tour, the nagging injury has finally healed, and with the improved health, he has seen impressive results in Europe as of late, finishing runner-up at the British Masters, T3 at the Abu Dhabi HSBC Championship, and runner-up at the Omega Dubai Desert Classic, where he did not lose the tournament as much as 22-year-old Chinese prodigy Li Haotong took it.

“I’m feeling healthy and I don’t think I could have picked a better week to come back over here. It’s obviously beautiful. It’s been a nice few days of preparing, seeing a couple of golf courses that I’ve never seen before,” said McIlroy.

“So, yeah. No, I’m excited to be back, I’m excited for this year. The last time I sat in an interview room on the PGA Tour I wasn’t feeling too good about myself, but, yeah, I’m really happy to be back and looking forward to starting a busy run over the next few weeks leading up to the first Major of the year.”

One thing going against Rory this week, however, is that while many of the big names (DJ, Day, Spieth, Phil, etc) have long histories of success at Pebble Beach, this will be Rory’s debut at the Pebble Beach Pro-Am.

One thing that won’t be unfamiliar to Rory this week at Pebble is his amateur partner – Gerry McIlroy. 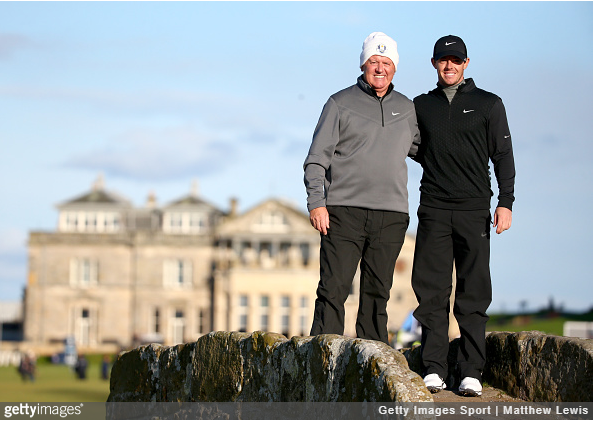 “I would say one of the reasons we came here is, obviously, I’m playing with my dad, so that’s a part of it. It’s nice to be able to come here and play with him,” said McIlroy.

“But I think with the Middle East run ending a week earlier and having a week in between here and — or Dubai and here, that helped as well. So we could fly back to Florida, sort of get settled, get everything sort of set there and then make our way over to the West Coast.

“So I think just that extra week has helped. And it’s a tournament that I’ve always watched and I’ve always thought one day it would be really cool to play with my dad and fortunately we were able to get him in and play.

“And we’ve played the last three days and it’s been a lot of fun and just hope he hasn’t tired himself out. He’s got a lot of golf left over the next few days. But, yeah, so that was really the reason. And yeah, he’s definitely played more golf than I have in the last year.”