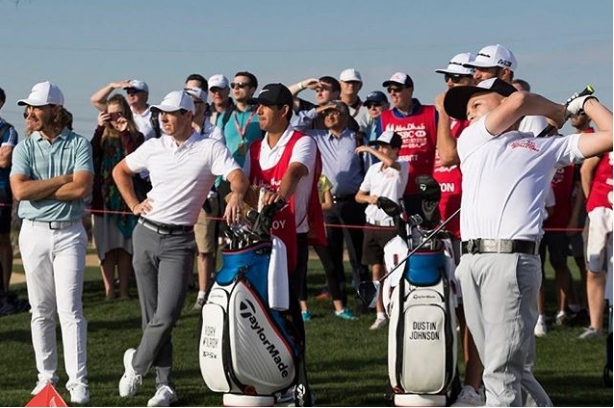 During the opening round of the Abu Dhabi HSBC Championship, 13-year old Oscar Murphy took down World No. 1 Dustin Johnson in the Beat the Pro Challenge, while playing with his hero Rory McIlroy.

According to McIlroy, young Oscar is a Northern Ireland native, and resident of Abu Dhabi, who’s been a big fan of the four-time major winner since 2011.

“So Oscar lives here. He’s been following me, because he’s from Northern Ireland, he’s been following me since the 2011 PGA Championship in Atlanta and he’s like every round I play here, I feel like he’s my little mascot. He’s waiting at the back of every green and every tee box,” said McIlroy.

“Was a little surprised to see him on the tee there. I didn’t expect him to be inside the ropes today but he hit a really great shot, a really good little swing, one for the future.”