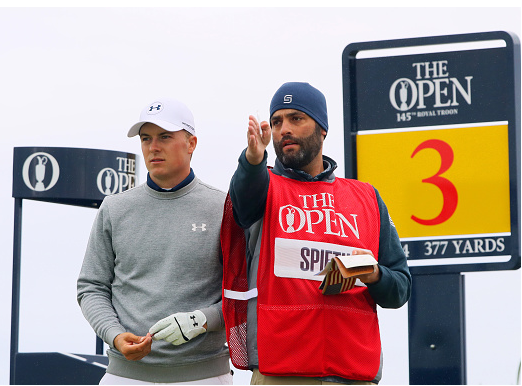 The third round of the 145th Open Championship is in the books, with Henrik Stenson (-12) pulling ahead of Phil Mickelson (-11) by a single stroke. Sunday’s final round is shaping up to be
a “de facto match-play round” between the Swede Stenson and the 5-time major winner Mickelson.

And while Henrik and Phil are the story of the day, and will be tomorrow, here’s a round-up of quotes from some of the other top golfers in the world, following Saturday’s round at Royal Troon.

“It is probably the most unexpected cut I have made in my life. I was having a nap when my caddie phoned to say we were in. I was going to go out for a bit of dinner and a few pints with the boys before getting the flight to Orlando at half nine this morning.”
McDowell (+5, T50) on his change of plans for the weekend.

“I love playing at The Open, it’s great. I love playing links golf and it’s great to play in front of a home crowd. The reason I’m four over par is I’m not hitting the ball very well this week. The conditions are tough and poor ball-striking gets exposed when it’s as windy as this.”
Westwood (+4, T43) on his poor ball striking this week.

“I played great. I could easily have been six or seven under par on the front side but I haven’t had a birdie on the back side all week and that’s why I’m not in the tournament right now.”
Day (+1, T25) commenting on his back nine struggles at Troon this week.

“Obviously, he’s a good player, but he’s also a character and we need characters in the game.”
Sergio (-2, T9) commenting on his playing partner, Andrew “Beef” Johnston.