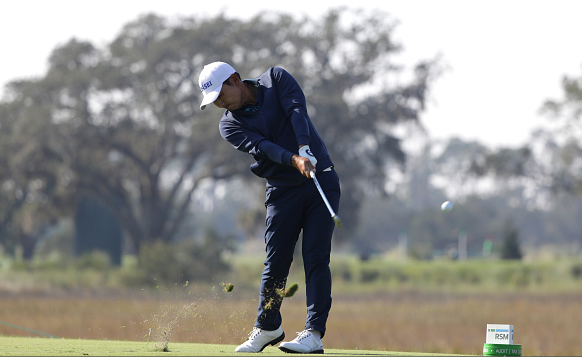 Round two of the RSM Classic is in the books, with the cut line at 5-under, which is crazy to think about. The first round leader, Mackenzie Hughes, extended his lead to two shots after carding a bogey-free 67.

PGA Tour rookie, Cheng Tsung Pan, fired a 66 in round 1 and followed suite with another 66 in round 2.

Rounding out the top five are Hudson Swafford, Blayne Barber, Chad Campbell and Chesson Hadley. Currently, all of the players inside the top five are ranked outside of the top 200 in the OWGR.

Round of The Day

The 194th ranked, Sung Kang, found himself well outside the cut line after not making a single birdie and carding a 73 in round 1. Kang took advantage of the Plantation Course on day 2 by firing an 8-under 64.

Kang started his day on the 10th with a bogey but quickly rebounded with 7 birdies and an eagle in his final 17 holes to make the cut on the number.

After an opening round 64, Kevin Chappell, carded a 2-over 74 to miss the cut by one stroke. Chappell has had previous success at the RSM Classic with a runner up finish last year but will not see the weekend this year after scoring was excellent, pushing the cut line to 5-under-par.

Stanford alum, Patrick Rodgers, made a huge jump up the leaderboard after round 2. Rodgers shot 1-under in the first round and needed an excellent round 2 to make the cut.

He delivered with a bogey-free 65 to jump 79 spots up the leaderboard into a share of 26th. Rodgers will need another good round tomorrow to get into contention come Sunday.

Shot of The Day