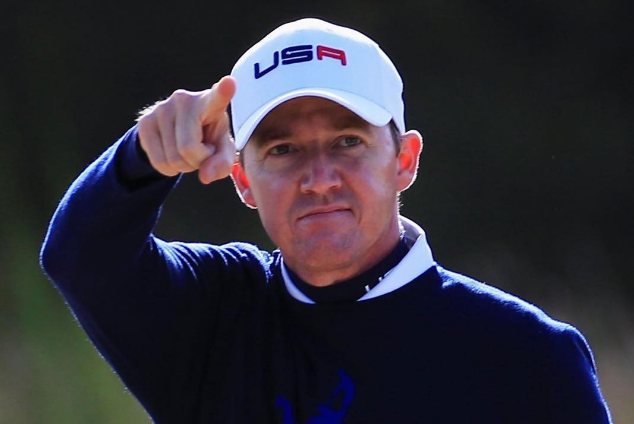 Brandt Snedeker made the biggest move for a Ryder Cup spot with a T3 finish at the Wyndham Championship. The performance moved the 2012 Ryder Cup member from the 9th spot to the 6th spot. J.B. Holmes, who missed the cut, is now on the outside looking in, moving from 7th to 9th. Only the Top 8 automatically qualify, with 4 additional Captain’s picks.

The Top 5 on the current list are now guaranteed to qualify.

Welcome back to the team, @jimmywalkerpga!! Walker has secured his spot on the U.S. Ryder Cup team. #GoUSA??

See you at Hazeltine, @BKoepka! Koepka has secured his spot on the US Ryder Cup team! #GoUSA??

The final three on the list of Top 8 are Snedeker at number 6, Zach Johnson in the 7th position, and Patrick Reed, who finished T22 at Greensboro, in the No. 8 spot.

A win at this week’s The Barclays, for an American, is worth 1,530 Ryder Cup points. This means that any player from Holmes to (realistically) Bill Haas at number 14 (3,239 points) can jump into the Top 8 with a win at Bethpage Black.

Additionally, if a player within the Top 20 (or so) were to win The Barclays, and still not automatically qualify, but end up in the Top 12, they would almost be assured of a captain’s pick. (How do you not pick someone in the Top 12 who just won the first playoff tournament?).

Even a player like Ryan Moore, currently at No. 23, could almost guarantee himself a spot with a win at The Barclays. With a victory at Bethpage, Moore would have 4,142 – good for about 10th place. Couple that with the fact that he’d have won two of the last 3 PGA Tour events, including a playoff tournament.

Estimated Points for Finish This Week

Sunday, Aug. 28, 2016: The top eight automatically qualify at the conclusion of The Barclays.

Sunday, Sept. 11, 2016: Davis Love will announce three of his four captain picks at the end of the BMW Championship.

Sunday, Sept. 25, 2016: The final captain’s selection is made at the conclusion of the Tour Championship.