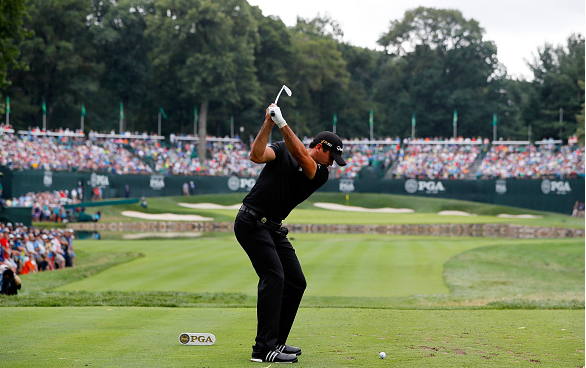 Opened in 1936, Bethpage Black didn’t host a PGA Tour event until the 2002 U.S. Open. Tiger Woods won it back then and was the only player to finish under-par for the week. In 2009, Bethpage once again hosted the U.S. Open, with Lucas Glover clinching the title. On both of these occasions, Bethpage was wet and played quite differently than what it will this week.

This is the 2nd time that Bethpage Black is hosting The Barclays. In 2012, Nick Watney won with a total of 10-under par. At 7,468 yards, Bethpage is an extremely long track but it will play as a Par 71, as compared to 70 at the two US Opens. The 7th hole will play as a Par-5 this week.

This year, the course will player similar to what it did in 2012. The temperatures around the New York area have been quite high most of the summer, and the greenskeepers are putting in extra hours watering down the greens.

3 Key Stats to Win The Barclays

By far the most important statistic this week is Strokes Gained: Tee to Green. The course is extremely long but will play slightly shorter due to the current firmness of the fairways. Even then, long hitters will have a much bigger advantage around this track.

One of the most consistent keys to playing well at Bethpage has been hitting Greens in Regulation. Tiger Woods ranked 1st in 2002, Lucas Glover 4th in 2009 and Nick Watney ranked 2nd in 2012. Greens at Bethpage are small and will certainly pose a challenge to the players this week.