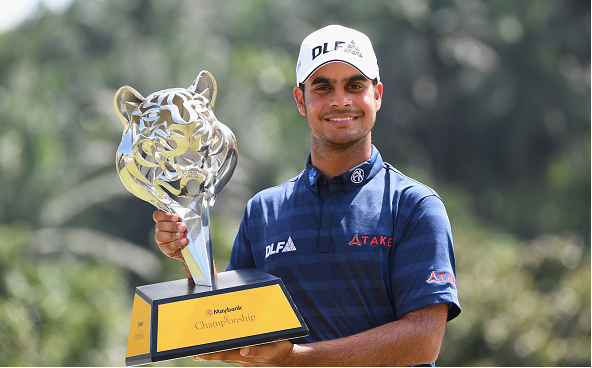 Shubhankar Sharma closed with a 10-under par to win his second European Tour title of the season at the Maybank Championship. 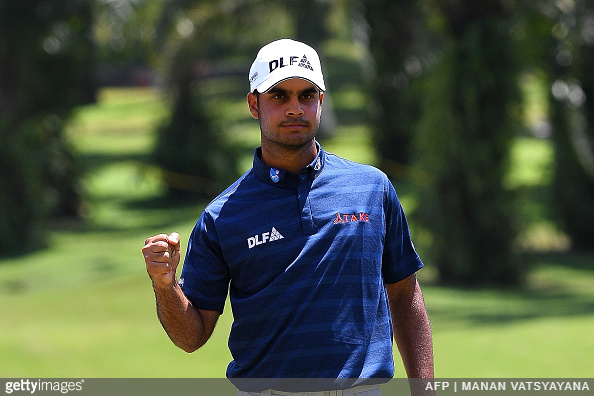 The Indian, who captured his maiden victory at the Joburg Open in December, made it two season titles, after a bogey-free final-round at Saujana Golf & Country Club got him to 21 under.

Sharma finished the day with 10 birdies, highlighted by five over his final six outward holes to turn at 31. Five more birdies coming home, including two-straight on Nos. 17 and 18, gave the 21-year old emerging star a low-round 62.

The win moves Sharma to the top of the Race to Dubai standings, while joining Jeev Milkha Singh and Anirban Lahiri as the only Indians to win two European Tour events in the same season.

“I played pretty solid and it wasn’t easy because it was windy,” said Sharma, in what had to be the understatement of the day. “I kept pushing the whole day. I knew I had to make a lot birdies to catch the leaders. I made a lot of birdies on the front nine and just continued on the back.

“To be honest, I wasn’t thinking about the leaderboard. I wanted to set a target in my mind and try to achieve it.

“On the 13th I knew I was somewhere near the leaders but on 16 I knew I had a two-shot lead. I told myself ‘if I can make two more birdies, that would give me a good chance to win’. 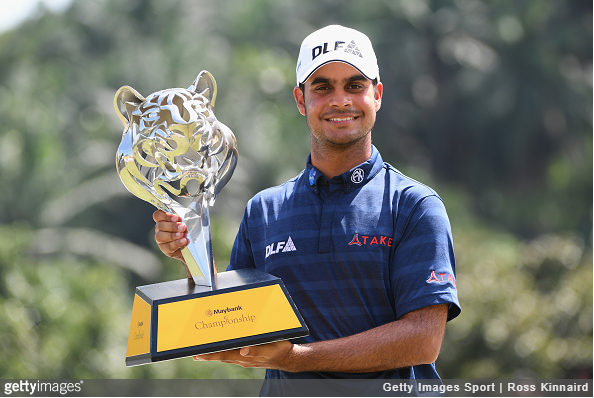 Jorge Campillo, the 54-hole co-leader, finished two shots back after firing a 68 to sign for total score of 19-under par. The Spaniard finished one-shot clear of New Zealander Ryan Fox (66) and Spain’s Pablo Larrazábal, who posted matching 66s to sit T3.

The other third-round co-leader, Dylan Frittelli of South Africa, struggled to a 71 to finish T5 at 16 under, alongside a group of four others, including Italy’s Nino Bertasio (69), the second-round co-leader, Indian Khalin Joshi (70), and the Japanese duo of Ryo Ishikawa (69) and Hideto Tanihara (69).

American Berry Henson shot 71 and rounded out the top 10 at 15 under.

Thomas Bjorn with a hole-out for birdie on the par-4 14th hole, which moved the 2018 European Ryder Cup Captain to 9 under.

“The last two months have changed my life!”
– Shubhankar Sharma