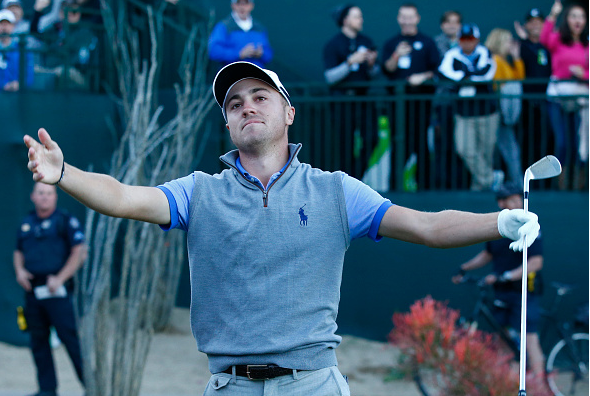 All the Justin Thomas talk finally died down over the past couple of weeks, but only because he did not play. Thomas, perhaps the only athlete on the planet currently hotter than Matt Ryan, will be coming into the Waste Management Phoenix Open well-rested and ready to continue his unbelievable season.

The 23-year-old from Kentucky is now the world’s #8 ranked golfer, with three victories in just five starts in the 2016-17 season. Thomas won his last two starts, at the SBS Tournament of Champions and the Sony Open (where he fired an opening round 59), by a combined 11 strokes.

The three victories matched Dustin Johnson and Jason Day for the most in 2015-16… and it’s still only January. Thomas faced above-average fields in all three of those victories, and the field at TPC Scottsdale may be even stronger.

It is not yet a major, but it should still provide another good test of where Thomas stands among the best on Tour. In two previous appearances in Arizona, Thomas has a missed-cut (2016) and a T17 (2015) – although he’s never entered with this kind of hype and confidence.