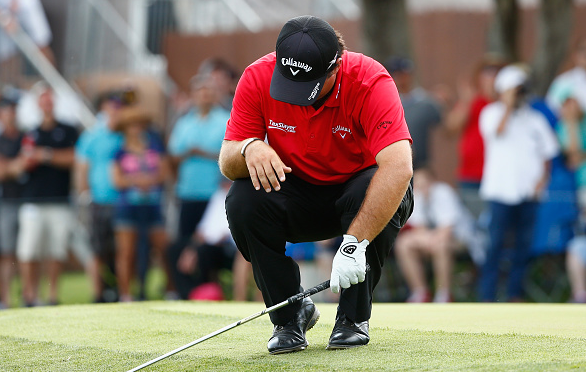 Patrick Reed, a San Antonio native, was runner-up at last year’s Valero Texas Open, one of his 11 top 10s in 2016, second most on Tour. The 26-year-old has already won five career tournaments and was undoubtedly the American star for last year’s winning American Ryder Cup team. He was expected to take another step forward this season, but for some reason, that has not happened.

His past six events especially have been a big struggle, as he has finished T59, T61, T38, T51, CUT, CUT. That T61 was at the WGC-Cadillac, a 76-man, no cut tournament, and the second of those missed cuts was his miserable showing at The Masters two weeks ago, where he went home after shooting rounds of 76 and 77. He has just one top 10 in 12 events this season, with that sole top 10 being a T6 in early January at the SBS Tournament of Champions, another tournament with an abbreviated field (32 players).

His scoring average has dropped from 70.170, 17th on Tour, to 71.750, 148th on Tour. Surprisingly, he is still putting well, but has been atrocious with his irons as he ranks 176th in greens in regulation percentage, and 186th in strokes gained: approach-the-green.

Despite the Valero being a hometown tournament for Reed, his 2016 appearance was his first in three years. However, with the familiar surroundings and his recent success at TPC San Antonio, this could be the week where Reed finally gets his game back on track. It seems unlikely that any player who has been as unbelievable on the Ryder Cup stage as Reed can stay down for long.