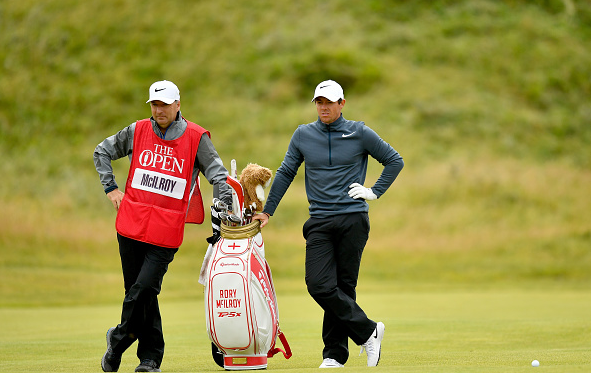 Rory McIlroy will reportedly confirm his split with longtime caddie J.P. Fitzgerald today during a press conference at Firestone Country Club, in advance of the WGC-Bridgestone Invitational. 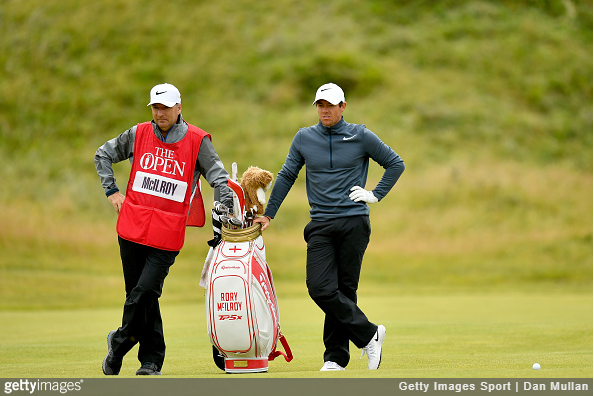 At TPC Boston, during a media session for the Dell Technologies Championship, PGA Tour officials warned reporters not to “ask questions about the caddie situation,” saying, “Rory will talk Wednesday and answer all questions.”

Fitzgerald has been with McIlroy for his entire nine year pro career, which has included four major championships, and last season’s FedEx Cup title.

Ironically, Fitzgerald was cited by McIlroy just a couple of weeks ago for his salty words of encouragement as the former world No. 1 was in the midst of another meltdown.

Fitzgerald said something like, “You’re Rory (bleepin) McIlroy! Snap the (bleep) out of it.”

“I feel today it helped a lot more than at other times because I needed something,” McIlroy said afterwards in a press conference at Royal Birkdale. “It wasn’t that I couldn’t look within myself; I was trying to look within myself. But J.P. kept me positive out there, so that was very much appreciated.”

Rumors of an impending split have been floated for years, and with next week’s PGA Championship marking three years since Rory’s last major, the break up is only mildly surprising.