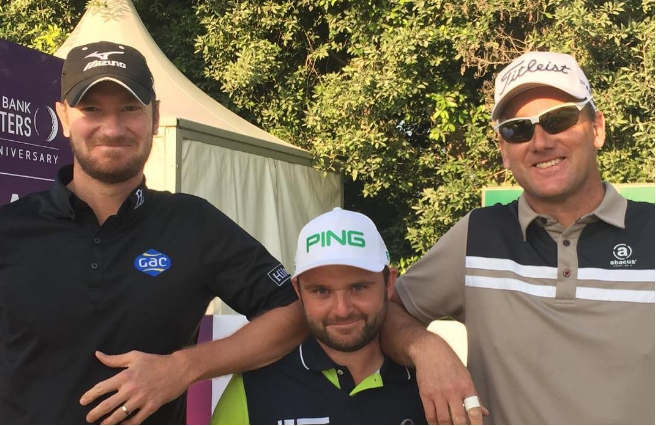 England’s Andy Sullivan is nearly 5’10” (5’9 3/4″ to be exact) – which is about average height (think Justin Thomas, Jason Day). But when Sully is paired up with the two tallest players on the European Tour, he looks like a bit of a midget.

?‍?‍? When your playing partners are the two tallest guys on Tour (Photo ? via Jamie Gough) #QatarMasters

At the Commerical Bank Qatar Masters, Sullivan played in a group with fellow countryman, Chris Wood, and Sweden’s Robert Karlsson – who both tip the charts above 6’6″.

Now, as a conspirator, if you look at the height difference in the photo, it looks like a lot more than 8 inches. So either Karlsson and Wood are standing on boxes or Sullivan is bending down… Or Sullivan has been lying about his height, and he’s not even close to 5’10”.