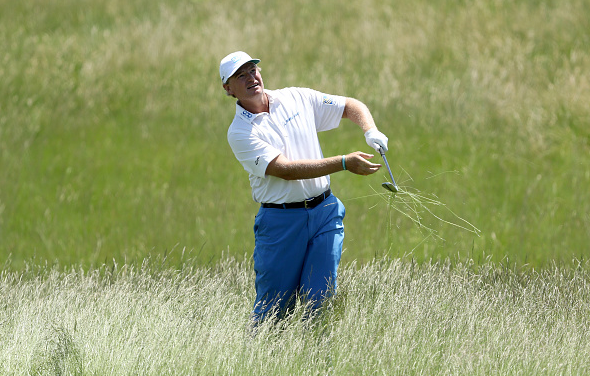 Ernie Els has nothing left to prove at this point in his career. The 2011 Hall of Fame inductee and South African legend has 71 career victories internationally, with 19 of those coming on the PGA Tour. He has four major championships and has won the U.S. Open twice (1994, 1997).

Now 47 years old, nobody would look down on him if he just coasted for a few years until he is eligible to tear up the Champions Tour, but Els made a big statement in the first round of the U.S. Open at Erin Hills, which was “I’m not done yet”.

Els, who has received attention this week as someone who may be playing in his last U.S. Open, sprinted out of the gate with a four-under front nine, which lead to a two-under 70 and a tie for 18th, his best showing in a U.S. Open in a long time.

“I felt that some of my game is coming back. My putting’s back and short game’s pretty good. So I’ve just got to play golf.”
–Ernie Els