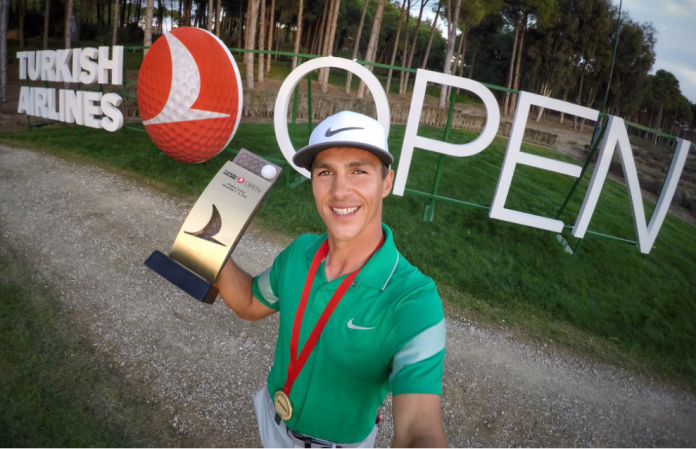 Thorbjorn Olesen wasn’t quite as hot in the final 18 (as he was in the two middle rounds) at the Turkish Airlines Open.

But he still shot a respectable 2-under to finish at -20, and good enough for a 3-stroke victory at the first event (of three) in the ‘Race To Dubai’ playoff series.

Haotong Li and David Horsey finished in a tie for second at 17-under, while Brend Wiesberger (-15) and George Coetzee (-14) rounded out the top 5.

It is the fourth European Tour win for the 26-year-old Dane. After his round Olesen spoke on what the win means to him.

Austria’s Brend Wiesberger finished alone in 4th, thanks to shots like this on the 10th… Are you kidding me?!

The Race To Dubai now moves to Sun City, South Africa for the Nedbank Golf Challenge at Gary Player CC.