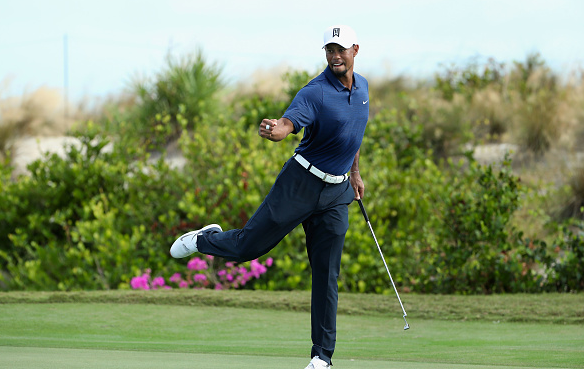 Following a super-clean second round 65, which included 7 birdies and no bogeys, Tiger was interviewed by Damon Hack of the Golf Channel.

During the first 20 seconds or so of the clip he was your typical Tiger – trying to act all nonchalant.

But then when he’s shown the “highlights,” Tiger sort of lights up and really gets into seeing himself on video where he “bombed” his driver, hit a “perfect” six iron, “stuffed” a short wedge, and “made some big par putts.”

Tiger takes us through his bogey-free 65.

After all he’s been through the past 16 months, no matter how cool he tries to act, down deep you know he was thrilled with himself. This was a big step for the former world number one.