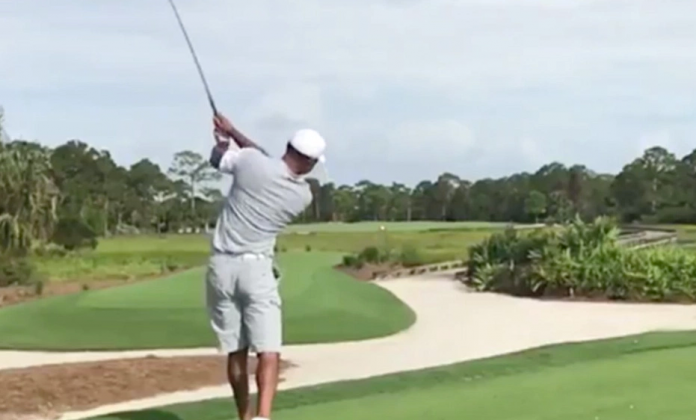 Tiger Woods posted his latest video to social media. This one starring his famed “stinger” – a trademark shot he used during his days of domination.

It’s the fifth in a series of video clips that Tiger has posted, showing off his progression.

Return of the Stinger. #starwars

The 14-time major champion hasn’t played in a professional golf tournament since an ill-advised start in Dubai last February, where he withdrew after the opening round due to back spasms. The 41-year old missed the cut at Torrey Pines for the Farmers Insurance Open in his only PGA Tour start in 2017.

Last week, Woods was given the all clear by his surgeon to resume full golf activities – which apparently includes stinger shots.